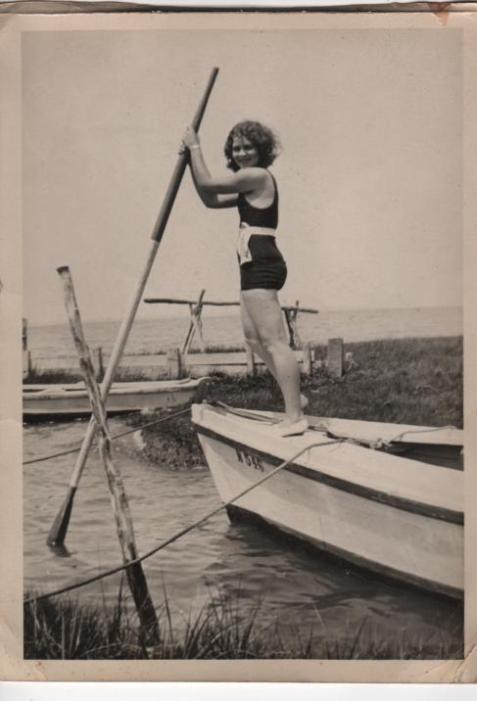 Elizabeth Reamy Haddaway was among the most elderly citizens of Queen Anne’s County.

Born in 1908, between the invention of the airplane and World War I, Elizabeth was a Kent Island Farm girl, one of seven children born to Augustus Klebo Reamy and Mary Ella Graham. The Reamys were a typical family of the era – hardworking, self-sustaining, and close.

Elizabeth told me how her parents met. “Father and Uncle Garrison came up from the south on a boat loaded with logs. They hauled those trees into Kent Point and stayed up to Benny Grollman’s store. And that’s where mom and Aunt Mina met pop and his brother. Two sisters that married two brothers!” she chuckled.

A Cox Neck tenant farm was home for the first thirteen years of Elizabeth’s life. Oil lamps lit the night and the day started early. A one room community schoolhouse anchored a front lot. Everything the Reamy children needed was within a one mile radius.

Though there was no such thing as disposable income, life’s necessities were provided in abundance. Everyone was loved and well cared for, there was warm, protective shelter, and always plenty to eat. “We’d have two or three hogs,” Elizabeth said. “Kill them for meat. Grow every kind of vegetable you can think of. Patches of this and patches of that. There was a big orchard with apples, peaches, pears. And we always had watermelon.”

Elizabeth said she loved farm life. She sat up straight and said, with a century’s worth of determination, that she would “live on a farm right now.” I believed she not only would, but could.

In 1921, Elizabeth’s family moved to the Snyder farm outside of Stevensville, a property that dates back to a tract of land originally deeded by William Claiborne. It was here she milked cows every morning before her mother would drove her to school in a Dayton, a horse drawn covered buggy. “I milked cows every day from ages 13 to 26,” she said.

Elizabeth loved school, and liked her teachers; except for one she thought wasn’t very good at his job. She even won the county spelling bee at a competition in Centreville.

But she gleamed a bit when she remembers the day her classmate, a little girl, saying off hand, out of nowhere, “You know, we don’t have to go to school today.” Elizabeth grinned at me, sideways and sly “And then she took her foot and kicked the top right off that old flat stove…” big smile, “and we had the whole day off!” Elizabeth laughed.

Elizabeth graduated from Stevensville High School in 1926. She married Grasonville’s George Haddaway in 1934 and had two children, Ruth and Kenny. George worked in construction. He was on one of the crews that helped build the first Bay Bridge.

Elizabeth was employed at the Stevensville post office for a bit, but most of her working years were spent at the Perfect Garment Company factory in Grasonville. The well known business had a local female workforce and made all kinds of clothes. Elizabeth was a not a seamstress, as most of the employees were, but a utility player. For 27 years, she did everything from bookkeeping to changing the belts on the machines

George and Elizabeth had a reputation for loving to dance and rarely missed a chance to cut a rug. George suffered a stroke in 1974 and passed away ten years later.

“I never liked to go too far away” Elizabeth said. “I never got a driver’s license. Growing up, our farm lane was about a mile long, Carroll Davis used to leave his coupe in our yard. Had a crank start on it. He told my sister Pearl and I we could use it to go out to the mailbox. Got down to the first little bridge. We were just creeping along and a cow walked out in front of us and wouldn’t move and I bumped her. Old cow said Mooooooo and fell over. Finally she got up. But not before the car cut out. I wasn’t going to fool with that old crank. I got out and walked back and never did get my license.”

Elizabeth recently had the opportunity to take a car ride and look around her old stomping grounds. When her driver got to where the old Cox Neck place used to be, it wasn’t any growth in residential development that amazed her. It was the farm’s reclamation by Mother Nature. “It looks like a forest,” Elizabeth said with some displeasure; as though someone had neglected the old home place, let it go to seed and grow over. She remembered what this place used to be.

She remembered what this place used to be, and she remembered with such personal warmth its stirring. A century can change a lot of things, but it can’t negate the memories of this Kent Island farm girl. 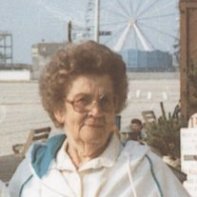 Elizabeth Virginia Reamy Haddaway of Grasonville died peacefully at her home surrounded by her loving family. She was 104.