The BALTIMORE BOOK FESTIVAL takes place this weekend, and the Eastern Shore Writers Association is going to have an impressive presence throughout the 3-day event beginning tomorrow. Writers from all across our region will be sharing the festivities with celebrity and nationally known authors, book signings, more than 100 exhibitors and booksellers, nonstop readings on multiple stages, cooking demos by top chefs, poetry readings, workshops, panel discussions, walking tours, storytellers and hands-on projects for kids, live music, and a delicious variety of food, beer and wine.

My first Author’s Bio was written by a favorite cousin and was on the inside cover of an early crime fiction attempt called THE DEAD DOGS AND THE MISSION TEAM.

Included in all the fascinating background info written about my life was this insightful tidbit: “He was born in Maryland. He has lived there all his life.”

Reading it now, I feel that as an author, even as a standard-issue ten year old, if this was the best we could come up with, I didn’t have much going on in those days.

I wrote a bunch of stuff when I was a kid. Comic books. Short stories. Plays. Angry letters to back-of-the-magazine mail-order companies. I wrote almost as much as I read, and I read tons. I read everything from cereal boxes to the encyclopedia.

I didn’t write much in high school. A creative writing teacher tried to bully me into “sticking to the assignment.”

I shut down and failed the class instead.

Guess I showed him.

In the Navy I wrote letters. That’s probably old-timey now, what with E-mail and Amazon accounts. Nevertheless, back then, my shipmates were jealous of all the mail I received. I tried to tell them: you have to write letters to get letters, but few could pull that equation together.

Early in my letter-writing phase, I caught on that the people I wrote to were understanding what was in my letters; what I was trying to say. I realized I could communicate through the written word. I stuck that idea in my back pocket with an honorable discharge and a mail-order bartender’s certificate, and I walked down the U.S.S. Nimitz’s gangplank for the last time.

Working in restaurants and real estate sales, I stumbled into some writing gigs. I contributed regularly to Jeff Straight and Lisa Duke’s Kent Islander magazine back in the early 1990s and for a couple years I wrote a local entertainment column for the Bay Times. I published small articles in now-defunct national magazines and I won the Lucille Fletcher Playwriting contest sponsored by the Tred Avon Players. 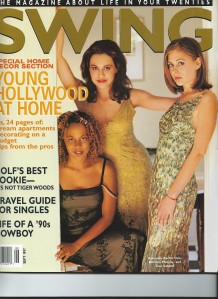 I felt like I was on a writing roll, and then I kind of rolled away. Hit a wall.

I spent a year writing a so-called book so bad I don’t even count it anymore as a first attempt. I paid a freelance editor a not un-substantial amount of money to tell me how much it sucked.

I’d gotten into real estate appraising. In the nineties, business was booming.

There were a lot of things waaaaaaaaaaay more fun than writing vying for my attention.

I’ve contributed to the Kent Island Heritage Society newsletter for almost fifteen years now. Even in my writerly down time, I continued conducting oral history interviews and providing content for the society’s quarterly publication.

In 2007, my family and I traveled to Ireland with friends. For months before, I read nothing but books about Ireland, books that take place in Ireland, or books written by Irish writers.

And while in Ireland, I wrote a little something every day.

And I wrote a little something every day when we got back.

And writing opportunities started to come my way.

Eventually, I was contacted by The History Press through the Kent Island Heritage Society’s Mrs. Audrey Hawkins (1919-2010) who pushed me to pitch a book idea. When the publisher accepted, I realized how far over my head I’d jumped.

Remembering Kent Island: Stories from the Chesapeake came out in 2009 and was followed by A History of the Kent Island Volunteer Fire Department two years later. 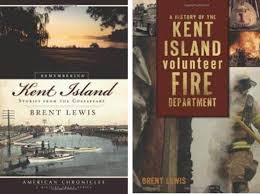 I’ve been working a long time now on my first (real) novel, but a.) I was thrown off track by health issues, and b.) I want it to be as good as it can be before you see it in print.

Bloody Point takes place in July, 1976 and is about a young waterman hired to return a local bigwig’s daughter from Baltimore’s infamous red light district, The Block.

In recent days I’ve made the decision to follow the DIY game plan and self-publish.

I’ve walked a lot of paths in my life, but that’s my writer’s journey so far.

I’ll be co-anchoring the ESWA booth at the BALTIMORE BOOK FESTIVAL from 4-6 p.m. on Saturday, the 27th, along with the prolific and topically diverse author Nancy Day. Even if you can’t come by and say hi while I’m there, if you love books and like to support local talent, try to get on up to the big city sometime over the weekend and check out the Eastern Shore Writers Association.

Maybe meeting a few of your neighbors who have taken the steps towards a more creative life will inspire you to do the same.

BTW, for the most part, ““He was born in Maryland. He has lived there all his life” is still the truth.

At least my writing resume has expanded a little since I was ten.