Chesapeake Bay folk in general, and Eastern Shoremen and women in particular, are known for a down-to-earth candor and eccentric saltiness that comes natural to people making their living toiling the land and the water.

A year from now, on April 29th and 30th, 2016, the Queen Anne’s County Arts Council will host the first Chesapeake Storytelling Festival.

Planning’s in the early stages, but organizers are eager to promote what they hope will become an annual cultural event that should help preserve the tradition of storytelling that defines the character of our Eastern Shore. 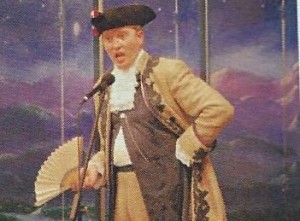 It got me to thinking about some of the storytellers I’ve known.

My favorite storytellers have always made me laugh.

About his Depression Era childhood, my dad’s brother, Roger Lewis once told me: “We had two gardens. One behind the barn filled up with Irish potatoes, sweet potatoes, turnips, cabbage. So much we gave a lot of it away. It was the Depression. People would stop in just to eat. In the garden up front there was a grape arbor, every fruit and vegetable you could imagine except rhubarb. When I was ten or eleven, I was down Dominion and those old men were out on their porches. One of them said, “Boy,” everybody called you boy, you could be in your twenties, and he said “Boy, you think the rain will hurt the rhubarb?” I didn’t know what rhubarb was, never heard of it, I said, “I don’t know.” He said, “That boy’s dumb as hell, ain’t he?”

Kent Island raconteur and all-around unforgettable character, Wes Thompson once told me about World War II. Wes came ashore at Normandy on D-Day plus two, landing into a hellscape of death, destruction and despair. He was patrolling the orchards of the battleground when heavy ordinance came screaming out of the sky, killing Americans by the score. Wes, a young Eastern Shoreman who’d never been farther than Baltimore, turned and ran in fear. “Thompson!” his commanding officer shouted, “Why are you running?” “Because I can’t fly!” is what Wes yelled as ran past. When Wes was ready to muster out of the Army, “The guy at Fort Meade come along and said reenlist, we’ll make you a corporal. I said, I get back across this bay and get to my boat, I’ll be a cap’n.”

Writer and Historian Nick Hoxter once told me about when the fire department consisted of who ever happened to be around. “Late one evening the siren went off. Julius Grollman said, “Come on, boys, I need your help.” We jumped in the car and got to the firehouse where we hopped on the back of that big old International. When we got there (a brush) fire was headed toward Owens Lane’s big house over where they eventually built Rte.50. I grabbed a shovel, Billy Denny grabbed a shovel, Juls and Josh Bullen grabbed Indian tanks, and we started fighting fires. It took us about an hour and a half. When we got done it was too dark to see where we were going. We were wet from walking through the marsh and decided to cut through the cemetery. As we got to the older section we got separated a little, but I could hear them holler when they’d stumble into a tombstone. All of a sudden my right leg went through the ground. My foot struck something solid and I realized I’d stepped thigh high into a grave! It was so deep I couldn’t get out. I was trying to pull myself up on a headstone. Man, I was so scared. I hollered, “Help! Help!” Here comes Denny, then Josh and Juls, and they all were laughing. When they finally got me out of there, and we made it back to the main road, Denny asked me if I was really scared! I said, “Are you kidding? I’m still shaking.”  I lost that shovel that night,” Nick says, “and for all I care it could still be there.”

But as much as I enjoy the stories that make me laugh, my very favorite inspires me to lighten up.

Jimmy Ewing, one of Kent Island’s favorite sons, once told me, “The Circle (restaurant) wasn’t always a success. I spent many sleepless nights, and more than once decided to close the place and go to work for somebody else. One man changed my mind for me, and I’ve been grateful to him ever since. Dr. (Theodor) Sattelmaier stopped by one day for a sandwich. I told him some of my troubles. He listened until I had finished pouring out my heart and then in his familiar accented English said…”Stick it out Jimmy. It won’t always be this bad. Tomorrow is going to be better, you’ll see.” Though I still had my doubts, something about his encouraging and sincere remarks stuck with me. And from then on things kept getting better and better. I’ll always be glad for the day old Doc stopped by and gave a worried man a much needed shot in the arm. He taught me not to worry. “Worry,” Doc Sattelmaier said, “is a bad disease.”

Over the last decade, through the oral history program of the Kent Island Heritage Society, I’ve recorded many people’s personal stories – cultural histories that in part might otherwise be lost, washed away like an eroding Chesapeake Bay shoreline.

It’s been a privilege.

For a lot of reasons.

Not the least of them is because, as the Arts Council earliest promotional efforts for the 2016 Chesapeake Storytelling Festival remind us: “There is no substitute for the power, the simplicity and basic truth of the well told story!” 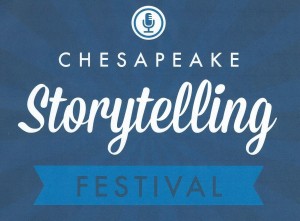