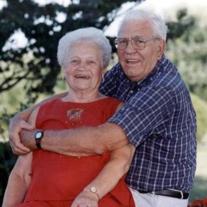 Captain Billy Harris was instrumental in spreading the popularity of local seafood throughout the mid-1900s. With $4,000 he borrowed from his dad Holton, the young waterman bought the shucking house next door on Christmas Eve, 1947. Starting with hardly more than shack, W. H. Harris Seafood grew into one of the country’s leading wholesalers and eventually the last of its kind on Kent Narrows. Capt. Billy was an innovator. Much of the company’s success is credited to his preaching the gospel of the Bay oyster, traveling from coast to coast and from Florida to Canada making friends and opening new markets. He was the first to bring Louisiana Oysters into the regional market, he developed new methods of freezing and packaging seafood, and he invented the chipper, a shucking tool designed for speed. At the height of business in the late 1960s, Harris employed hundreds of shuckers, was buying 2,000–2,500 bushels a day, and packing 5,000-7,000 gallons of product per week.

Seeing an opportunity to serve a growing tourist business at the Narrows, he opened a waterside crab house that proved to be a resounding success. His children followed him into the family business and with the expansion of the restaurant and continual operation of the packing house, have seen to it that their patriarch’s legacy remains intact. 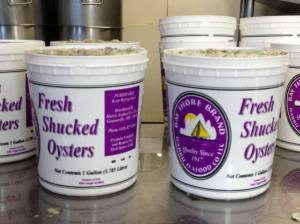 Unfortunately, Kent Narrows was blighted in those years by the shanties used to lodge packing house workers, most of whom weren’t county residents. The shanties were usually two room shacks with no utilities except electric. The last were razed in 1992.

Despite dwindling opportunities for any race to make any living on the Chesapeake Bay, watermen, symbols of the American Spirit, have always adapted to the market.

Local African-American Bay captains were following a heritage of survival and entrepreneurialism when they transitioned from plying more traditional waterman trades to piloting head and charter fishing boats, and Kent Narrows is the center of this entrepreneurial spirit.

In the film Black Captains of the Chesapeake, Baltimorean Vince Leggett, a historian, educator, and founder of the Blacks of the Chesapeake Foundation explains that along the Chesapeake there were always black watermen, steamship crewmembers, and boat builders. After the Civil War, in the days of skipjacks, schooners, and bugeyes, maybe one in ten watermen were black. Leggett calls working the water the “ultimate freedom trail.” He says these watermen were able to feed their families by participating in an economic opportunity unavailable on shore.

Many believe ex-oysterman make the best fishing captains because of their knowledge of fertile fishing grounds even without the use of today’s fish-finder and GPS technology.

Modern head boats charge per person and are not booked in advance. Captain Eldridge Meredith says, “Show up (at Kent Narrows) early in the morning. Be there, pay your money, and go fishing.” It’s mostly bottom fishing – spot, white and yellow perch, the occasional flounder, sometimes rockfish and blues – using bloodworms and nightcrawlers for bait. The boats run from April to Thanksgiving most years, but June, July and August is the when they don’t miss a day.