One week from tonight- February 25th!

6-8 PM at the Creamery Cafe Bistro in Centreville, MD!

WENDY MITMAN CLARKE is Director of Media Relations for Washington College and associate editor of the Washington College Magazine. Her career as a journalist includes staff writing for the Associated Press, and freelance work that includes assignments for the Smithsonian and National Parks magazines. She was executive editor of Chesapeake Bay magazine for six years. Wendy is the author of Window on the Chesapeake, a book of essays about the Chesapeake Bay, and her poetry, which has appeared in the Delmarva Review, earned the 2015 Pat Nelson Poetry Award and a Pushcart prize nomination.

J. COURSEY WILLIS is a singer/songwriter from Queen Anne’s County with a sound that fuses rock, blues, and grunge with an acoustic foundation. His voice, both written and singing, is soulful. Willis has been writing and performing music since attending Stevensville Middle School where he met other likeminded musicians. As front-man of the popular band Defrayal, Josh has opened for numerous well-known headliners. He’s been performing as both a solo act and with a full band since 2010, and in 2015 he released his debut EP, Missing October. 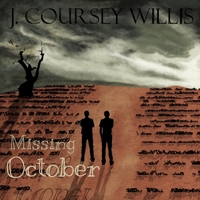 BRENT LEWIS is a native born Eastern Shoreman with Queen Anne’s County roots going back 10 generations. He has published two nonfiction books about the region, Remembering Kent Island: Stories from the Chesapeake and a History of the Kent Island Volunteer Fire Department. For over a decade he conducted the oral histories program for the Kent Island Heritage Society. Brent has published numerous magazine articles about the Chesapeake Bay and its people. Bloody Point 1976 is his first novel.

2 thoughts on “4th THURSDAY AT THE CREAMERY CAFE BISTRO”