The March 4, 1971 issue of The Bay Times featured a  short story about a convict who walked away from the Eastern Correctional Camp. Though the headlines sort of entertainingly reads like six words from the article were pulled randomly from a bag, the best part of the piece is the defendant’s legal argument that the “indictment against him be dismissed for a long list of reasons, including the camp had no bars or fences, so legally he did not escape, because there was nothing to escape from.”

Makes sense to me.

Also – “You don’t have to worry, I’m not going to hit you.” is always a classy way to wrap up any legal proceedings.

Perhaps I just had the best white boy afro. 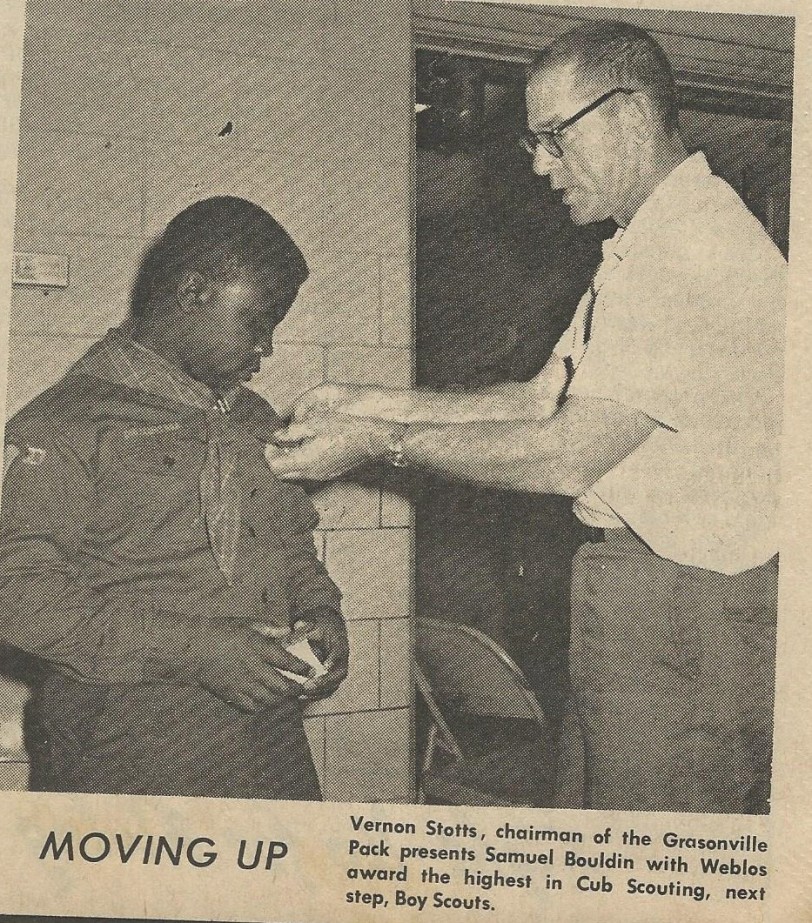 A week later there was this story about a couple of watermen who were involved in “a little mishap” and could’ve died in the icy winter waters of the Chesapeake Bay, but were rescued by their fellow oyster catchers:

I’ve had the privilege of knowing most of the men in this story, and have heard Mr.Phil tell it in person. He acknowledges now how dangerous the situation was, though he still calls the incident ” a little mishap.”

And Mr. Billy Baxter once told me this same thing in an oral history interview: