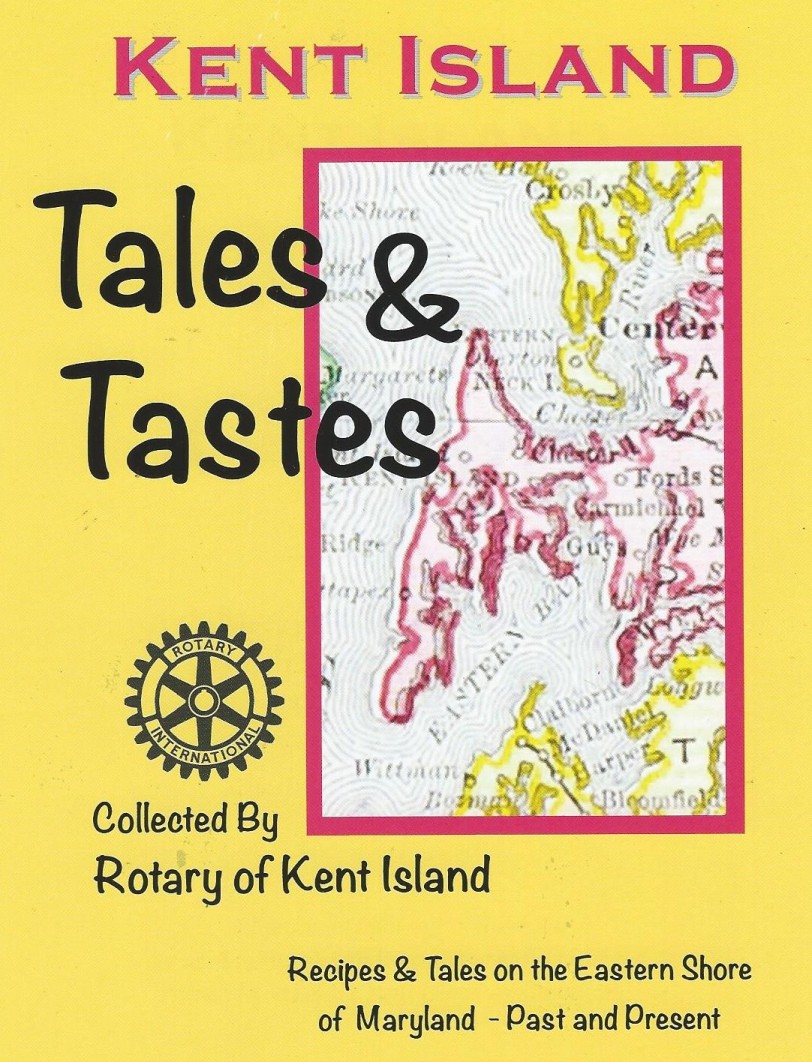 Kent Island Tales & Tastes, compiled by Editor Martha Lostrom, has been released by the Rotary of Kent Island, and this little book is filled to the brim with stories and recipes from the Chesapeake Bay’s gateway to the Land of Pleasant Living.

My longtime friend and schoolmate, Terri Thomas Schelhouse, contributed Growing Up on Kent Island, which really captures the tone of my generation’s Eastern Shore experience. There’s poetry by Alex Johnson, articles about hunting and cooking goose, duck, and turtle by Carole Frederick, and trivia by Toni Gibson, which answers such questions as how much we paid the natives in the original Shore thing real estate deal.

My submissions include an oral history round-up of K.I. oystering, and my buddy Skeeter Philpot ponders the concept of home.

Another friend, Trudy Guthrie, takes readers to Great Neck Manor, c.1650, and provides stories and recipes which include the potent potable, Great Neck Punch, of which I can vouch for as both delicious and powerful. Her son, Michael Harrington Jones gives us the recipe for Oysters Great Neck. 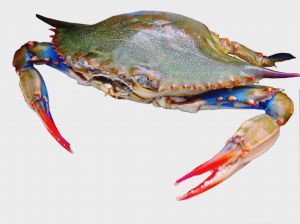 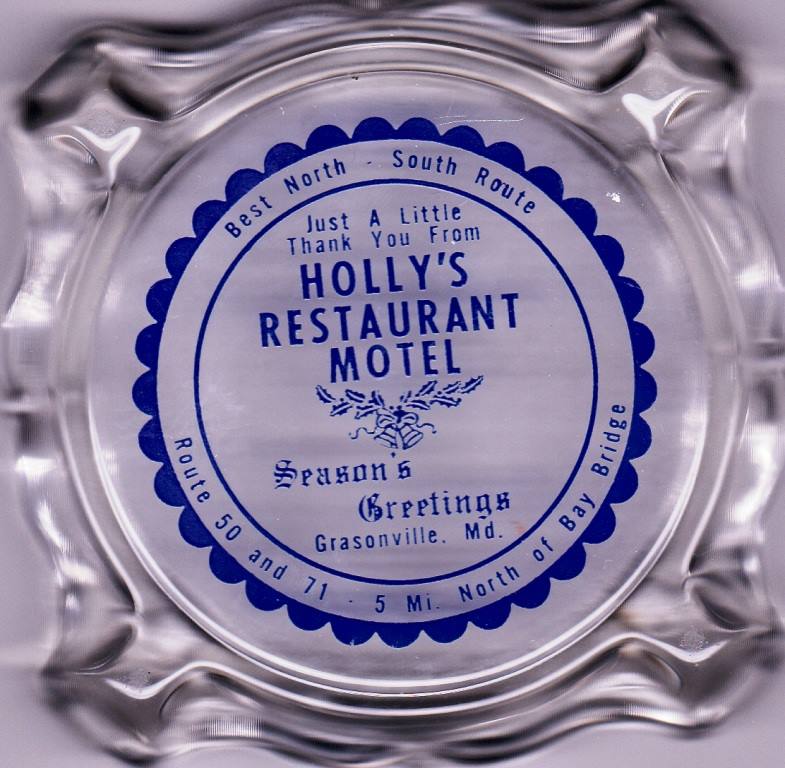 There are classic recipes for Chef’s salad and dressing from the longtime Eastern Shore landmark Holly’s Restaurant provided by Cissy Ewing Roseberry, and an heirloom recipe for Cole Slaw from the old Stevensville Hotel. Jim Reynolds from Magnolia Bread tells how to make Colonial Third Bread and Old Time Sweet Potato Biscuits.

My submissions include recipes from my mom and both grandmothers.

And there are desserts. There’s always room for desserts.

To bring it back full circle to classic mood-altering beverages, in Tales & Tastes, one can find out how to make Dandelion Wine or Syllabub, perhaps as a nightcap for some evening reading.

Kent Island Tales & Tastes includes stories and short essays about Kent Island’s long history – you may be surprised how long – and geography. There’s a walking tour of Stevensville in the collection, and if you ever wondered where Hollica Snooze, Ringgold’s Hollow, or Dick’s Cover might be, Carole Frederick has provided a map pinpointing not only the Island’s creeks, coves, and peninsula points, but dozens of nook, crannies, and guts as well. 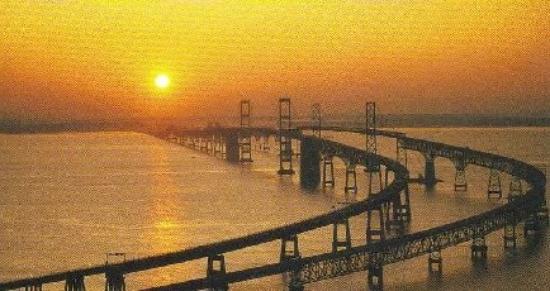 There are tales of when the railroad was here, and an account of how the Bay Bridges came to be. There’s a heartwarming pet story about the Kent Island Volunteer Fire Department, and the mystery of our resident bay-serpent Chessie is explored. 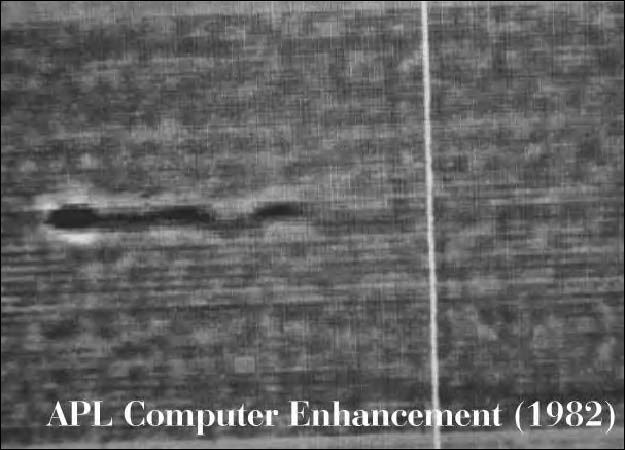 There are gardening tips.

Did you know strawberries thrive in mulch made from pine or spruce needles?

There’s a list of all of the county’s public landings.

And finally, now, thanks to the Rotary of Kent Island’s Bill Caughey, we have the official rules to KENT ISLAND GREASED WATERMELON POLO!

I’m not going to spoil anything, I just want to mention the rules include a reminder to wear older bathing suits, because:

“The Crisco can stain.” 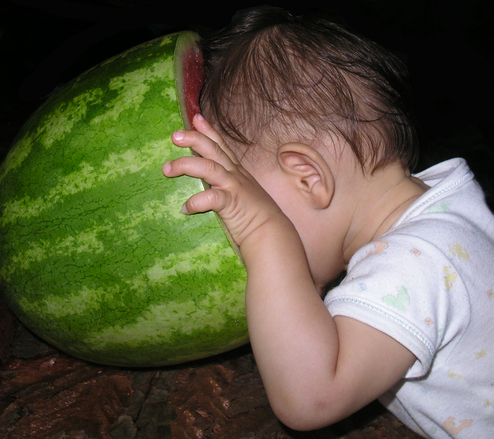 Kent Island Tales & Tastes can be purchased at Love Point Deli, The Market at The Inn at the Chesapeake Bay Beach Club, Easton News Center, and the Bookplate in Chestertown.

Books can also be purchased by mail, costs are $10 per book and $5 shipping, or two for $25. Order at: Kent Island Tales & Tastes c/o Martha Lostrom, 335 Tennessee Rd., Stevensville MD 21666 with checks made out to the Rotary of Kent Island.

Eat, Drink, and Be Merry Y’all. 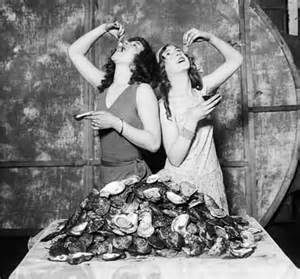