I’m not yet a card carrying member of the Ephemera Society, http://www.ephemerasociety.org/def.html, but I am a paper pack-rat.

Ephemera is “things that exist or are used or enjoyed for only a short time. Items of collectible memorabilia, typically written or printed ones, that were originally expected to have only short-term usefulness or popularity.” Magazines, advertising, postcards. That kind of stuff.

I’ve collected comics since I was a little kid.

I love the smell of cheap old paperback books.

I own organized collections of National Geographic, Rolling Stone, and Playboy going back decades, but no other magazines (except special issues of maybe Sports Illustrated or old TV Guides) get past me without having articles and pictures I may need in some imaginary future being ripped out as though the content can be absorbed on the rendering alone.

Somewhere around here I’ve got a collection of good-condition girlie magazines from the 1920s and 30s.

The walls of my garage are covered in posters.

I wonder if I’ve ever thrown away a business card or concert ticket.

I have: autographs from C-list celebrities on D-list restaurant menus, a collection of bumper stickers never appearing on anybody’s bumper, and old maps from long-defunct gas station chains featuring roadways that no longer exist.

I have a match pad collection collected from all over, and now that you can’t find them anywhere, I like to travel just that much less.

I have postcards from the past.

The postcards in my collection are diverse and half  I have little idea how they came into my possession, and no certain idea as to when most were dated. There are themes – not all postcards are of destinations, but most of mine are.

Concentrating on postcards of locations, I started checking them out for local places. 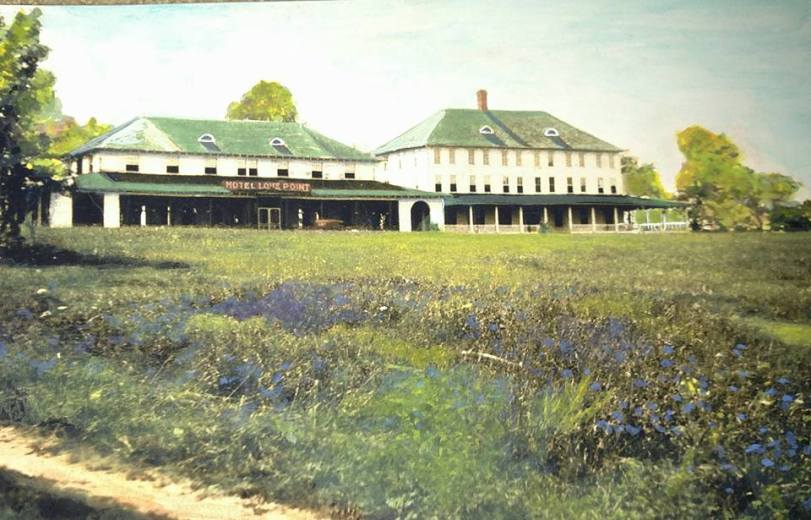 The early 20th century was the era of the grand Chesapeake Bay resorts and the LOVE POINT HOTEL was among the finest. Serviced by the Baltimore steamboats and the Eastern Shore trains, the Love Point Hotel offered visitors a beach, a picnic grove,a lake, an amusement boardwalk, a bowling alley, shooting gallery, and dance pavilion for all kinds of summer fun. The hotel itself was opulent. 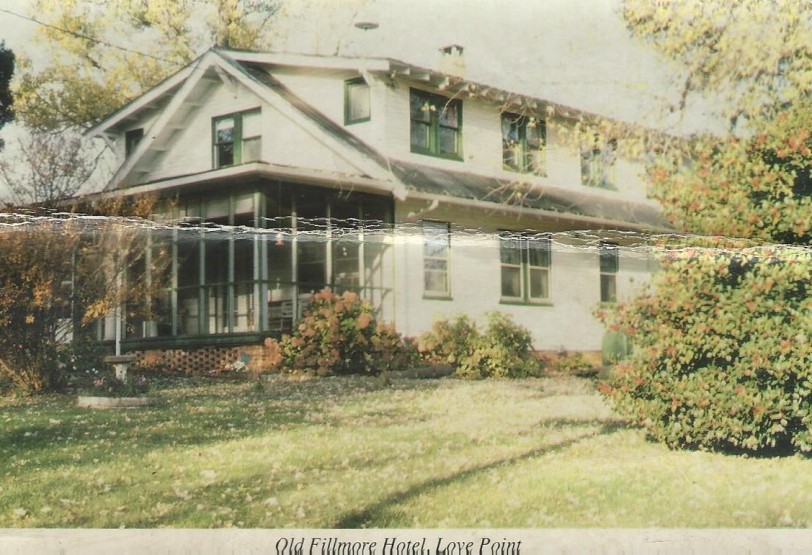 “The FILLMORE HOTEL is significant for its association with summertime recreational activity in Love Point during its heyday, the first half of the 20l Century. Although renovated into a single-family home, it retains many original features, including room numbers over the second-floor doorways. The Fillmore Hotel is the only surviving hotel in Love Point. Its location was convenient to the Love Point ferry and train terminal, as well as Lake Matapex, a haven for recreational boaters and swimmers. The hotel hearkens back to the era when this area was a major summer destination.”

When the Bay Bridge opened in 1947, a number of local motels popped up along our stretch of Rts.50/301, including THE KENT MOTEL, THE ISLANDER, THE ROD & REEL, AND THE BAY BRIDGE MOTEL. 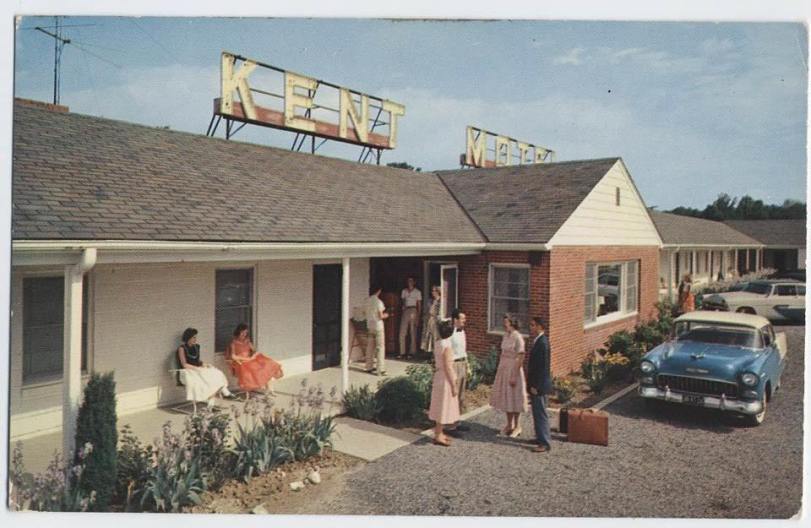 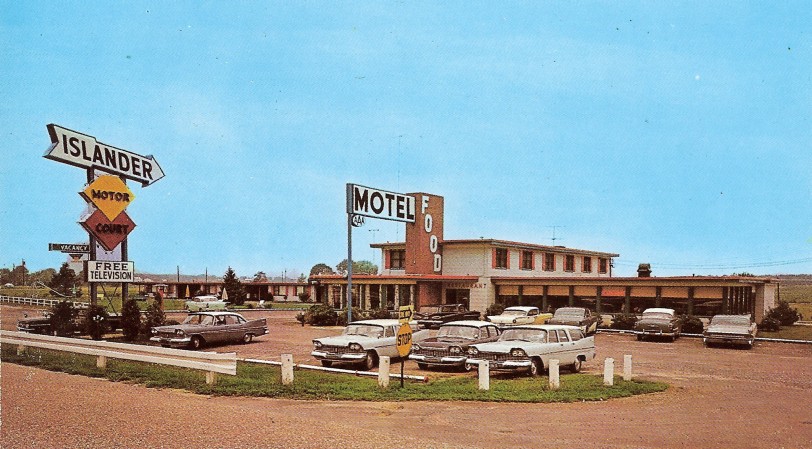 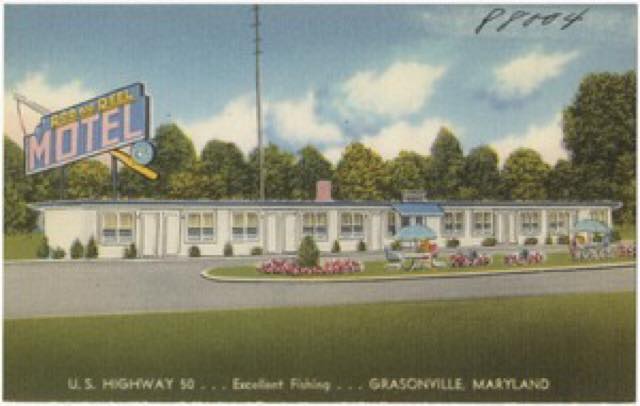 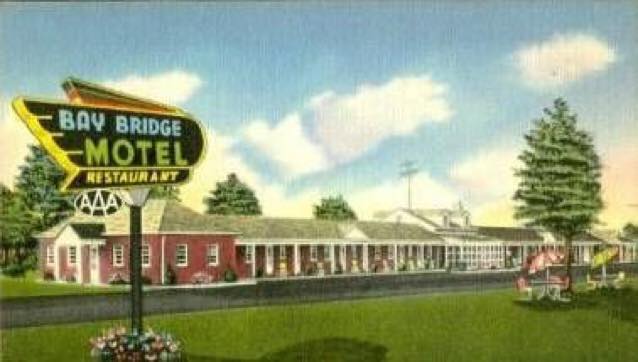 Wiki: “The OXFORD-BELLEVUE FERRY The Oxford-Bellevue Ferry is a ferry service linking Bellevue, Maryland with Oxford, Maryland across the Tred Avon River. The ferry began operations in 1683 and is thought to be the oldest privately owned ferry service in the U.S.” 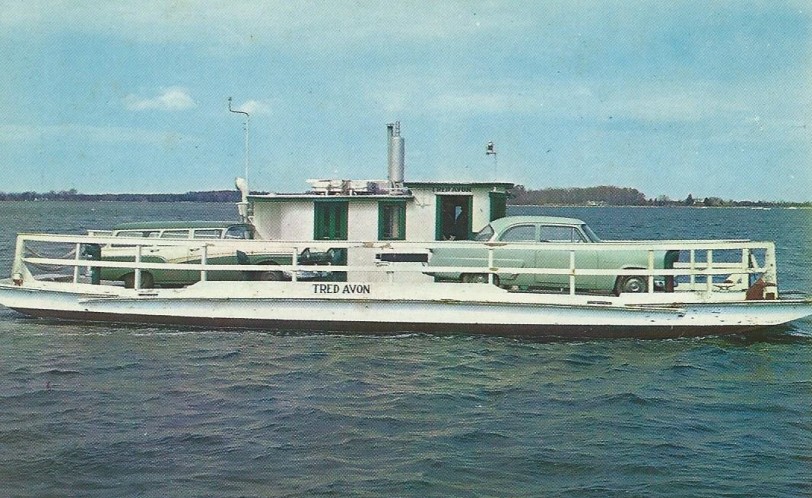 Ocean City, MD has been a vacation getaway for generations: 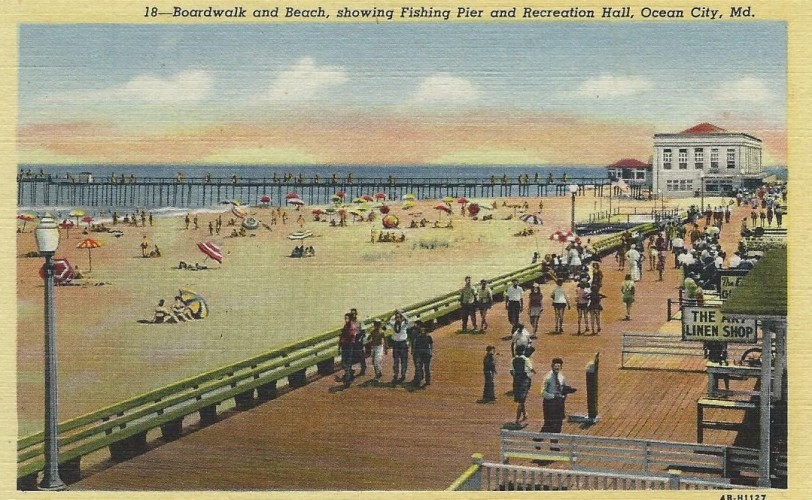 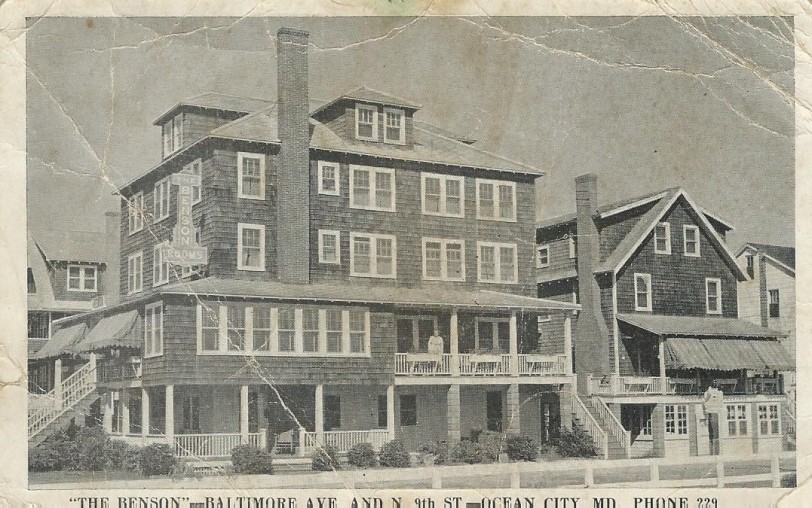 As has Virginia Beach: 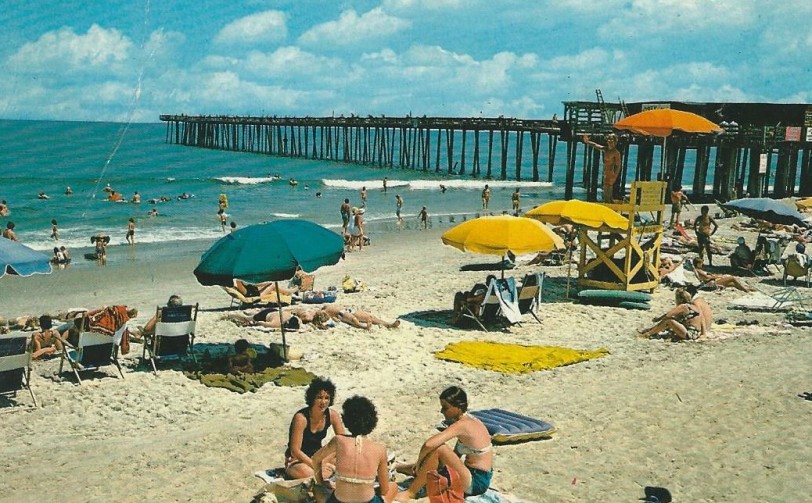 Or one could go further south to a beach like Miami: 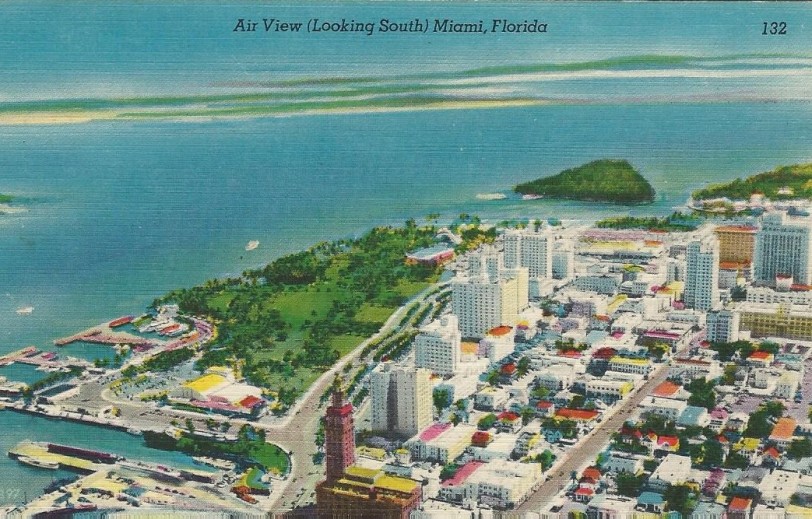 Or north to New York City: 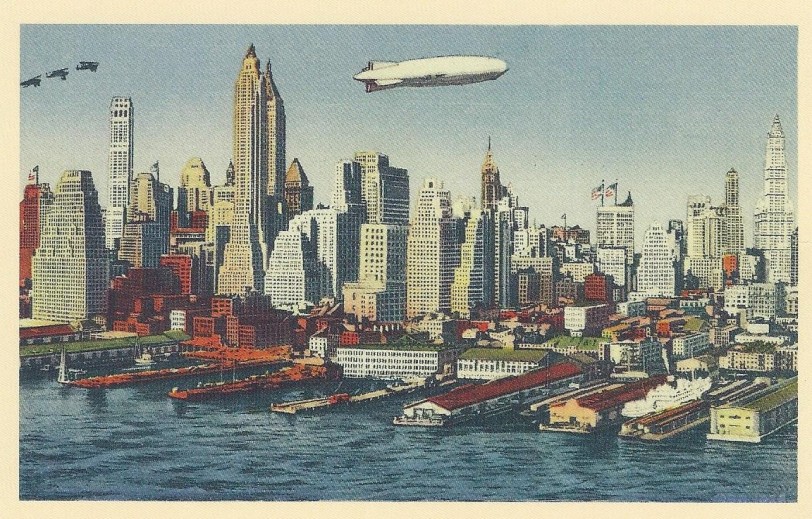 Looking through my postcard collection, Almost none  had writing or stamps or postmarks on the back 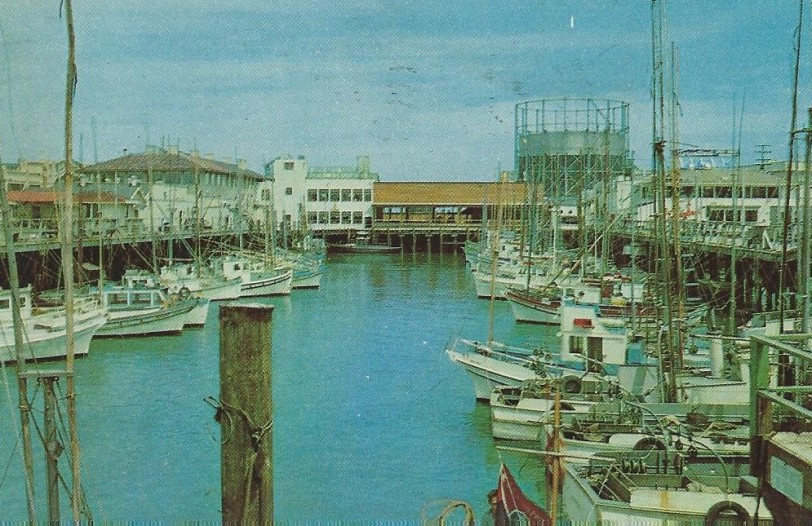 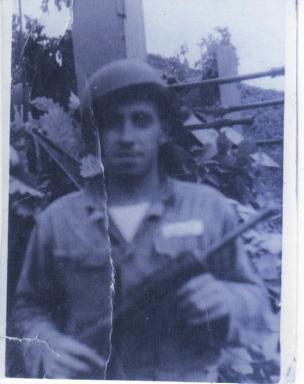 My dad wrote this postcard to his parents in 1954 when he shipping out of San Francisco and headed to Korea. My wife and I visited this wonderful city for the first time less than a year ago. We visited dad’s niece Dixie, and her love Tony, for a couple weeks and it never dawned on me I may have been walking in the old man’s footsteps. Around here, doing that’s an inevitability, in a city across the country,  it was a possibility I hadn’t considered. 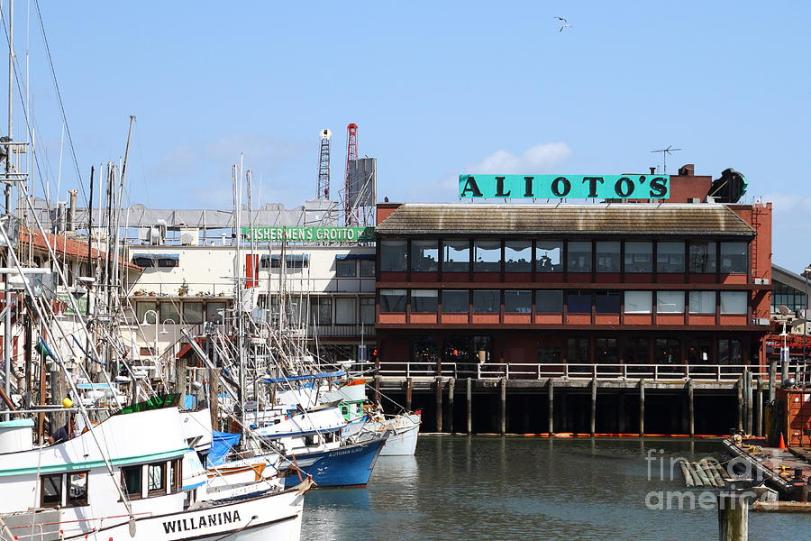 Sometimes there are reasons to keep things around that aren’t meant to have permanence.

You just might take a long time to figure out why. 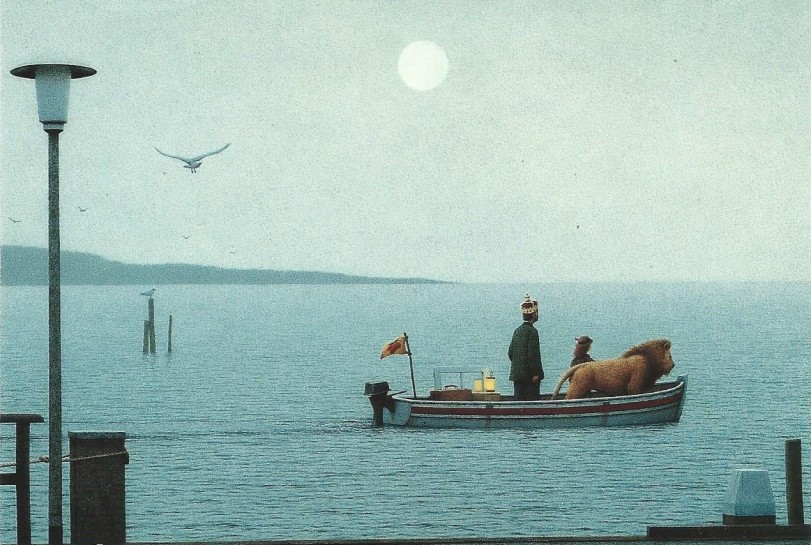