A couple weeks ago, our small-town county seat hit the news in a big way.

Centreville, in Queen Anne’s County, Maryland, is located at the head of the Corsica River, an offshoot of the Chester River, which is itself a tributary of the mighty Chesapeake Bay. Until late in December, 2016, Centreville’s most notable claim to fame was probably the county courthouse building, which was built in 1792, and is the oldest continuously used courthouse in our nation.

Centreville is quiet and quaint, with a mishmash of historic architecture, a reputation for rolling up the streets after dark, and, frankly, little for the outside world to ever get overly-excited about.

Then everybody found out about our Russians. 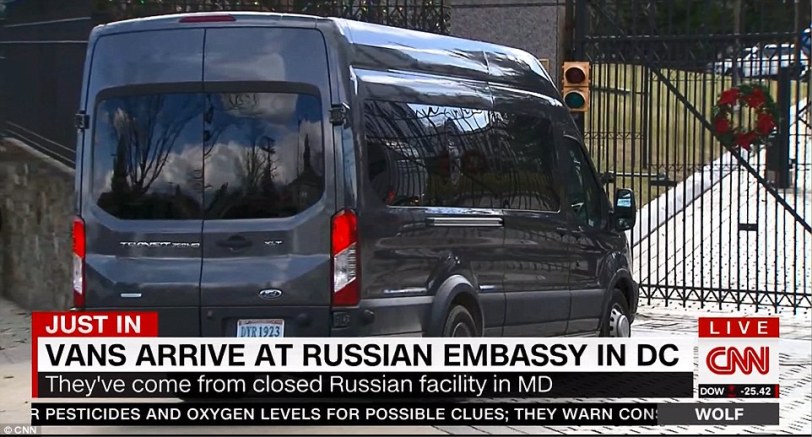 Just as 2016, the icon-killing, political crap-storm bastard of a year that it was, was finally coming to a torturous end, reports started to break that a waterfront retreat on Maryland’s Eastern Shore was being padlocked by the federal government under suspicion of being used by Russian spies in espionage efforts against the United States.

The Pioneer Point ‘dacha’, or summer getaway, for diplomats and staff connected to the Russian embassy, is located on a 45-acre parcel at the conflux of the Chester and Corsica, and has an interesting history that goes back much farther than when the former Soviet Union purchased the property in 1972. 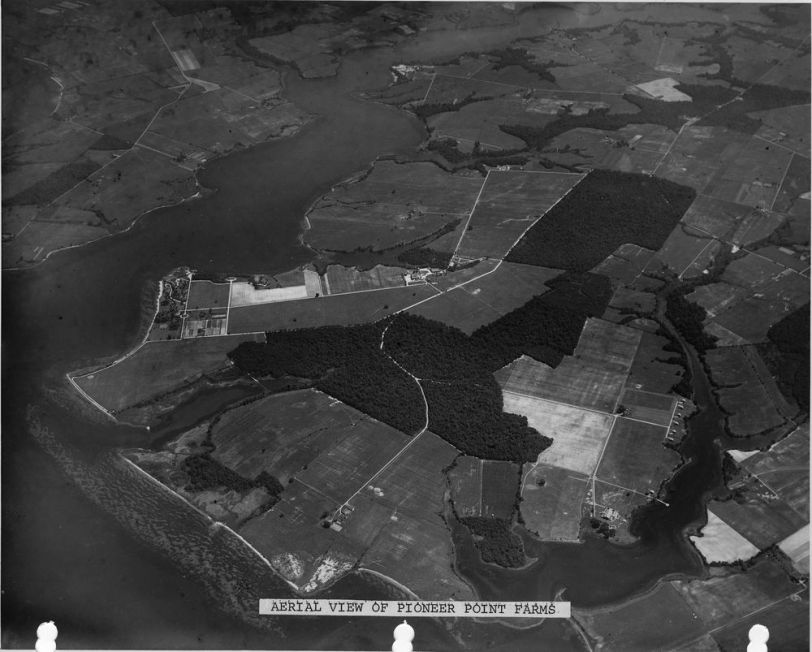 The farm was originally part of a 17th century, 700-acre British land grant. In 1702, the tract was purchased by a member of the illustrious Tilghman family, and for over 200 years, was subsequently passed down to generation after generation of descendants. When finally transferred out of Tilghman hands in 1925, Pioneer Point Farm was sold to one of the movers/shakers of the early 20th Century, John Jakob Raskob (1879-1950).

Raskob is most well known as the builder of the Empire State Building. 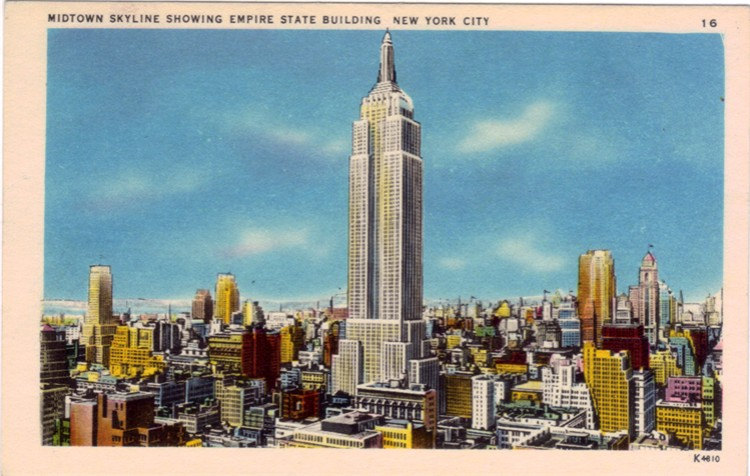 Born in Lockport, New York, to an Irish mother and a German father who worked in the cigar business,  John J. Raskob was hired in 1901 as a personal secretary to Pierre S du Pont, businessman and scion of the founders of the gunpowder and chemical manufacturing giant E. I. du Pont de Nemours and Company, commonly known as DuPont.

Raskob married Helena Springer Green, a Marylander from Kent County whose ancestors were among the colony’s original arrivals, in 1906. John and ‘Skipper’ Raskob were devoted to family and to the Catholic Church, and would raise 13 children in their decades together.

In 1911, Raskob was made Assistant Treasurer for the DuPont, four years later he was promoted to Treasurer, and by 1918 named Vice President of finance.  His mentor, Pierre S du Pont, was president of the company from 1915-1919.

An early investor in General Motors, Raskob structured DuPont’s 43% ownership of GM. He created the General Motors Acceptance Corporation, which helped car buyers finance their purchases, and later expanded into all kinds of banking services.

Raskob was also political. A Democrat, he was a leader of the Association against Prohibition Amendment, and would become a vocal opponent of FDR and his New Deal programs. In 1928, after being told by GM chairman Alfred P, Sloan to resign GM or his position as chairman of the Democratic NC, Raskob quit the car company and sold his stock, which would become part of the financing plan for his dream project to build the world’s tallest building.

A historic low point for Raskob came when the Ladies Home Journal published an article he wrote entitled “Everybody Ought to Be Rich.” In his essay he suggested every American could become wealthy if they invested $15 per month, about what the average family made in a week, in the stock market.  His financial advice was published in August, 1929, just a couple months before Black Tuesday and the Wall Street Stock Market Crash that kicked off the generation long Great Depression.

But the fragile financial structures that the American economy were riding on still felt sound in the middle of the Roaring Twenties when Raskob bought Pioneer Point and built his Eastern Shore mansion.

Red brick and of Georgian style Flemish-bond construction, Hartefield House, named for the original  and long-gone original home built on the property way back when, featured 35 rooms with 12 baths, 13 fireplaces and, according to a 1972 article In EXTRA: The Magazine of the News American newspaper, and a 3,000 bottle wine cellar.

When a reporter for Washington Life Magazine visited the retreat in 2007 it was noted that much of Raskob’s original design and features were still intact with: “The formal living and dining rooms flanking the wide center hall still maintain their teak floors,” and crystal chandeliers that featured 2,000 glittering prisms each.

“An archway on one side of the living room leads to the walnut-paneled library where built-in shelves hold many of the ambassador’s favorite books. Off the other side, a glass-enclosed porch overlooks a brick-walled courtyard where a fountain quietly gurgles. A two-story screened porch, set behind the rear colonnade of the house, provides a river view between nearly century-old boxwoods.

“Upstairs, reached by a grand, sky-lit stairway, the second floor is reserved for family. The master suite with its own porch and sitting room   On the third floor, four guest suites are fitted with small kitchens…they share a lounge where Gothic-style wooden doors and wall paneling, and a niche for an altar, now adorned with a Russian icon, still testify to the room’s original use as the Raskob family chapel.” 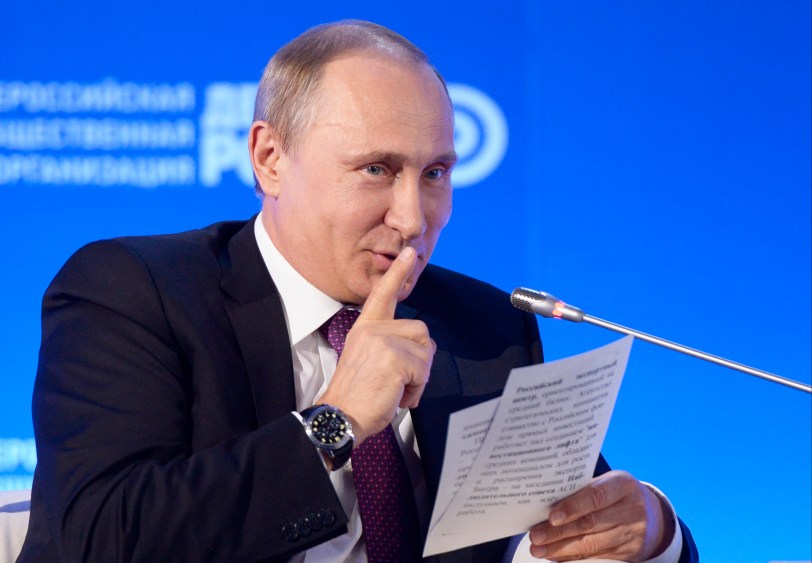 Not credited. If we told you,we’d have to…well, you know.