On a warm Eastern Shore evening in 2014, 70 years after World War II’s D-Day invasion, I was fortunate enough to participate in a conversation with Mr. Jimmy Ewing, a D-Day survivor from Queen Anne’s County, MD, and Geert Van den Bogaert, a tourism professional and non-profit volunteer from Belgium who has studied and worked as a guide at Normandy museums, battlefields, and cemeteries.

I’d known Mr. Jimmy since I was a kid. He was a beloved member of our community; appreciated for his warmth, honesty, and goodwill. I now understand that Geert, who we were introduced to through a shipmate of mine from the U.S.S. Nimitz, is one of the very best at what he does.

Part of what Geert does is keep alive the stories of the men who, when the world teetered upon a catastrophic brink, stood up and fought back. 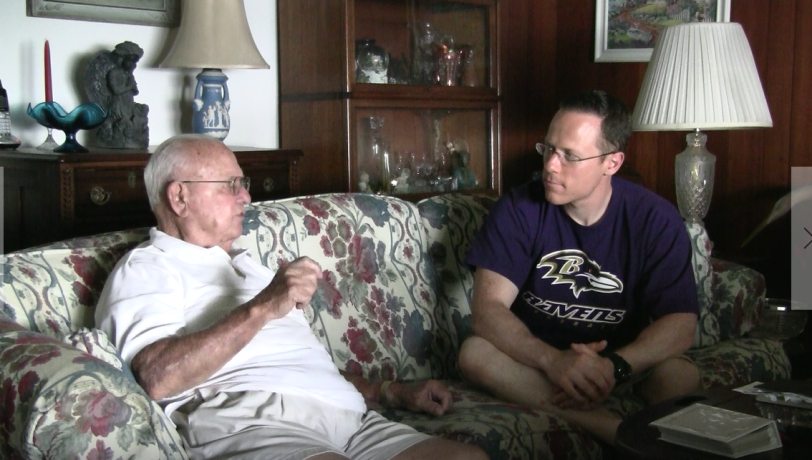 Sitting there that evening in the Ewing’s family room with his beloved wife Isabel, overlooking the magnificent expanse of Crab Alley Bay, Mr. Jimmy began:

“My family moved seven times before I graduated from high school. I’m proud to say I went to school eleven years and never missed a day. After graduating I went to work at Dawkins’ Market in Stevensville.

“I worked six days a week for seven dollars and I made an extra 50 cents a week babysitting Mr. Dawkins’ children on Wednesday night. I had a little motorbike I’d ride from (our home in) Grasonville to Stevensville.

“One day some guys my age came up and said Jim, “Why don’t you join the National Guard?” They said, “Every time you go to a meeting, they’ll give you a dollar.” So, I said, well, that’s worth it. It was December, 1940. I was 17, I went up there (to the Armory in Centreville, the county seat of Queen Anne’s County), and Sargent (William) Gillespie asked me, he said,“Ewing, how old are you?” I said 18, so I lied a little bit there.

“On February 3, 1941, we were inducted out of the National Guard and into the regular army.

Young Jimmy Ewing was assigned to the 115th Infantry Regiment of the 29th Infantry Division, known as the Blue and Gray, the North and South Division. A formation of the United States Army National Guard, the division contains units from Maryland, Delaware, Virginia, West Virginia, New Jersey, and the District of Columbia. The 115th was made up of over 100, 000 soldiers in three battalions, and the 3rd Battalion was the MILK Battalion from Annapolis and Maryland’s Eastern Shore. 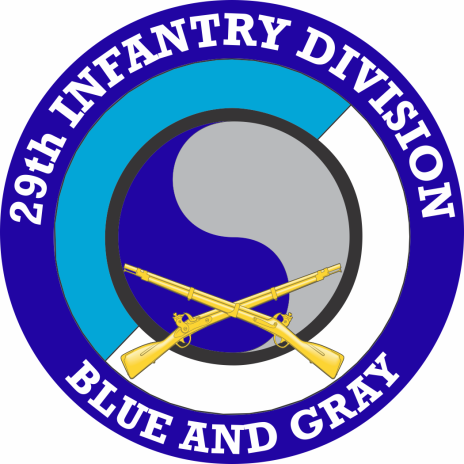 “We went to Ft.  Meade (for training), then we went to train at AP Hill, Virginia, and then we did maneuvers in the Carolinas. Coming back from there (on a train) on December 7, 1941, we heard about the Japanese bombing Pearl Harbor. A boy I went to school with, Ernest Smith, was there, and he just passed away in the last two weeks.

“We went to Camp Landing, Florida for amphibious training, then back to Ft. Meade and on to New Jersey, and then we went to New York to be transported.”

On October 5, 1942, Jimmy Ewing, along with the rest of the 115th regiment left for England aboard the RMS Queen Mary. Mr. Jimmy remembered the trip taking about seven days.

“Submarines were active – boats had to change course every two minutes. Everybody smoked but were forbidden to throw anything (like a cigarette butt) overboard. The Germans might see it and pick up the trail.”

Upon disembarking in Scotland, the 29th immediately began training for an invasion across the English Channel and into northern Europe.

“I was stationed at Bodmin, We didn’t know the value of English money. When you’d go into town, you’d just take your money out of your pockets and the merchant would just take what he wanted. I (also) remember we were on English rations, and their rations were mutton & Brussel sprouts.

“Eventually we got American rations.

“Another thing that never left my mind is that every Sunday we went to church. The captain would line everybody up and we went to church, and the first thing was, we sang God Save the Queen. Then the priest got up and said now we’re going to have our American friends sing the Star Spangled Banner. Well cap’n, I’m going to tell you, we really messed it up. When we got back to camp, the captain said, before I dismiss you gentlemen, I’m going to tell you something, before you go out on leave, before you get a pass, you have to come to me and recite the Star Spangled Banner.

“Next time we went to church, we could really sing the Star Spangled Banner.

“The English had a plane called the Wellington bomber, like we had the B17 or B24, and we took glider training. They would hook a glider to a plane, they’d pull you along, you’d get so high, and he’d cut you lose. You’d just glide around. It was a pleasant ride.”

Glider training would turn out to be one of the last pleasant days Mr. Jimmy would have for quite a while. 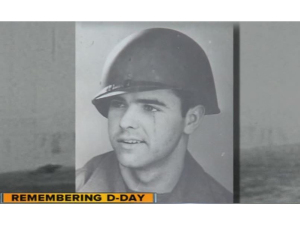 TOMORROW: D-DAY AND BEYOND! 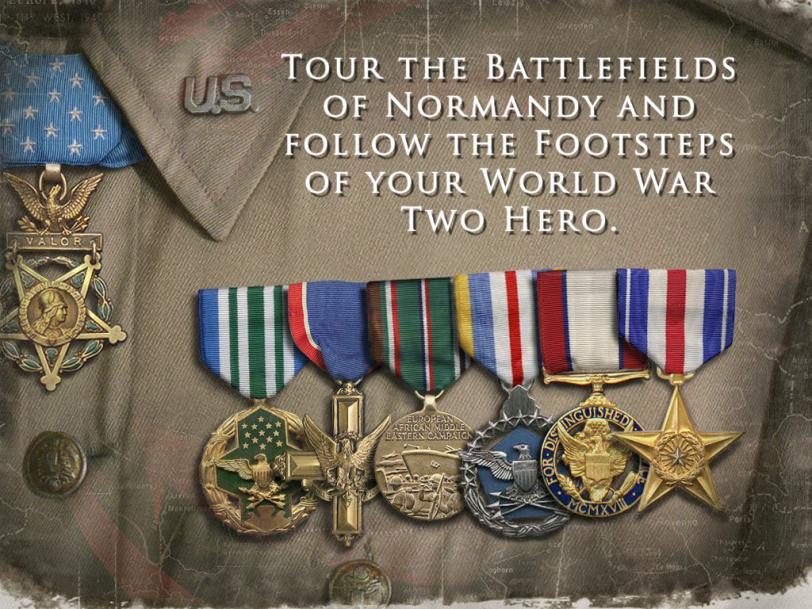