Tomorrow Night, Friday, April 20th, VFW Post 7464 in Grasonville, Maryland will host the Queen Anne’s County Watermen’s Association’s Watermen’s Story Swap.  The program will feature a panel of local watermen telling stories from both the past and present, but will also include a number of exhibits relevant to the local seafood industry, such as vintage photographs and artifacts watermen have found while harvesting the waters of the Chesapeake Bay and its tributaries.

Musical entertainment will be provided by Harry Davidson.

Harry’s granddaughter, Jess Jacklin of Brooklyn, New York, is making a movie about him, his music, and his determined efforts to bring awareness to the causes behind, and cures to solving, the swiftly disappearing supply of menhaden fish, a species crucial to the Chesapeake’s entire ecosystem. 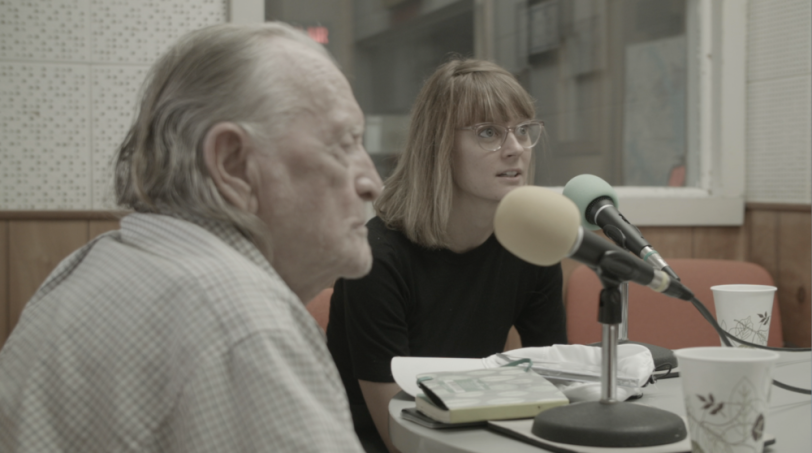 “Over Thanksgiving dinner about four years ago,” Jess Jacklin writes, “my grandpa confessed a deep concern. His warnings were specific to the menhaden. At the time, I had never heard of menhaden.

“My life in New York,” she continues “felt far from the Chesapeake Bay and my fond memories crabbing with grandpa. As a kid, he was always telling us stories and performing his many songs about the life of a waterman.

“These songs were reserved for my family and usually did not occur further than my grandparent’s front porch carport on Kent Island, Maryland.

“After the holiday, I returned to New York to find my grandpa had mailed me a 10-page letter front and back (in perfect cursive writing), including diagrams of the bay, the menhaden and song lyrics. In this letter he outlined his concerns about the overfishing in the Chesapeake Bay

“Soon after he let me know that he would decide to perform his music live for the first time at the unexpected age of 88 – a last attempt to advocate on behalf of the home we love so dearly.

“A few months later I was back in Maryland with a film crew ready to start production.”

As part of the focus of Jess’s film, Waterman, Harry’s passion for writing about the life of watermen, and his love for the “Mother Bay,” is evident. His sound, which has been compared to early Bob Dylan, captures the essence of working on the water, and his testimonial lyrics provide insights into his dedication and worry for one of the world’s most extraordinary bodies of water. His CD, Songs of the Chesapeake Bay, tells the waterman’s story through that music.

“Harry Songs are clever and warm,” says Michael Buckley, host of The Sunday Brunch and Voices of the Chesapeake Bay on 103.1 WRNR. “It’s a real treasure that he writes these impressions and sings them. It’s powerful Chesapeake stuff.”

Harry has witnessed many changes in the 70+ years he’s been working on the Bay, and he’d like to see the ecological damage we’ve done reversed. He believes it’s not hard to figure out how to do that, and only somewhat more difficult to achieve. Harry’s business card, referencing the region’s foremost early 17th century explorer, reads, ““Bring Back the Bay Like in the Days of John Smith.”

“The Chesapeake Bay is the greatest thing on earth!” Harry told the Kent Island Bay Times last year. “I want to see it restored to what it once was, and I believe it can be.”

One of Harry’s primary issues of concern is the chemical poisoning of the Chesapeake and its tributaries. As quoted in Doug Bishop’s 2017 Bay Times article, Harry says, “The change came very quickly, starting in the early 1950s and running through the early 1960s. Chemicals were sprayed on farms all around the Bay, which during heavy rains and as far back as Hurricane Hazel in 1954, those chemicals ran off into the Bay waters killing not only the fish, but the grasses that are so critical to the entire ecosystem of the Bay. I’d like to see the Waterman’s Association sue these chemical companies for destroying their livelihoods. To me it’s the same as the tobacco industry having to pay for the deaths of people who smoked cigarettes. The cigarette companies were held accountable for the unnecessary deaths of so many people. Why not hold the chemical companies responsible in the same way?”

Harry says another cause behind the depletion of Chesapeake Bay menhaden is the faddish demand for Omega fish oils. The annual harvesting of thousands of tons of menhaden each year has broken the food chain. When the menhaden supply is so sorely diminished, rockfish in the upper bay feed on such alternative prey as softcrabs, and then everything in the system is affected by the disruption of a natural structure.

“Waterman is a film about legacy,” writes Jess Jacklin, “the voices of those who love the Chesapeake Bay and also hope that one day it will be restored. I hope this film can get the word out about the menhaden and continue a journey to restore the Chesapeake.”

Among the film’s accolades, Waterman was the winner of the Best Documentary Short Film at last year’s Chesapeake Film Festival, and received the 2017 Freethinker Award at the Kinsale Shark’s International Creative Awards Festival in Kinsale, Ireland. This past January it won the Virginia Environmental Film Festival competition.

The 14-minute version of  Waterman premieres on Maryland Public Television this Wednesday, April 25th at 9:00 pm (with one repeat on 4/28 at 8:30) as part of Storyline, an anthology series curating “topical, relevant and timely environmental films produced by independent filmmakers.” The upcoming episode features five conservation films from around the world, including Waterman.

Visit Jess Jacklin’s Waterman website and find out how to support efforts to expand her film into a full length feature documentary: watermanfilm.com

Songs of the Chesapeake Bay is available on ITunes.

At tomorrow night’s event, Harry will be accompanied by guitarist Shea Springer. Shea downplays his role in Harry’s work, but he is a talented, soulful musician, and I know how much Harry appreciates him. With over ten years of professional studio experience, Shea is also the owner-operator of Sweetfoot Recording Studios located in Easton, MD where he’s recorded and played with a number of artists across various genres. 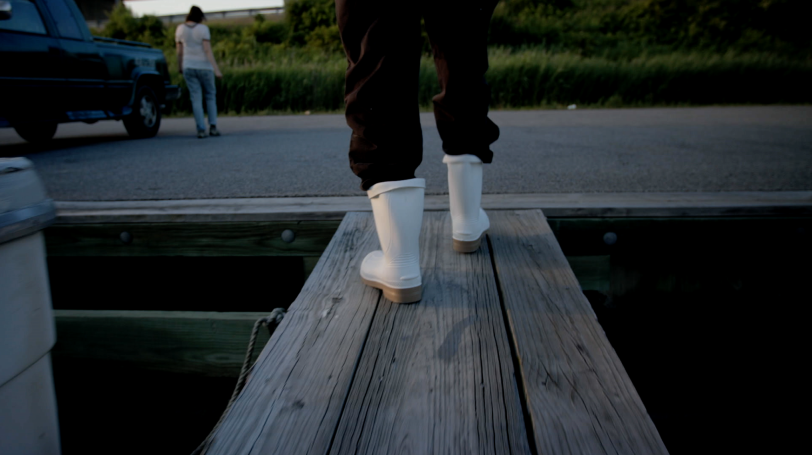 All Photos Courtesy of Jess Jacklin and watermanfilm.com