Gil Dunn used to tell great stories. Here’s one of his all-time best:

“Back then every boy had a major league baseball hero. Mine was Jimmie Foxx. I followed his career, but only got to see him play once because Baltimore, where I lived, was a minor league town. I saw Foxx at an all-star game in Washington. I was ten years old, and I knew he was born in Sudlersville and Sudlersville was on the Eastern Shore.

“When I (grew up and) moved down to Kent Island, I didn’t have the vaguest idea I’d ended up in the same county as Sudlersville.”

“One day, the Kent Island little league team had a game scheduled in Sudlersville and I couldn’t wait to get there. I asked the man sitting next to me to tell me something about Jimmie Foxx. He said who wants to talk about that guy? I said what are you talking about, he’s a great ballplayer, The Beast.

“I couldn’t believe it. I said, that doesn’t sound right. I’m going to start a little museum to give this man some recognition.”

The nonbeliever sitting next to Gil pointed at a house across the street and said Foxx’s relatives lived there. Gil paid a visit and the long-retired power hitting first baseman’s elderly aunt referred Gil to a Florida address.

Gil wrote a couple letters, told Foxx about his start-up museum and requested something of a personal nature from his hero. A glove, a cap, part of a uniform – anything. There was little positive response. Then one day, out of nowhere, Jimmie Foxx showed up at Gil’s drugstore, where Gil’s collection of memorabilia was on display. Foxx had brought with him a car trunk-load of baseball history.

“We went out to his car and he told me, “They didn’t seem to want any of this down in Sudlersville, you may as well take it,” and Bingo, he hands me all this memorabilia. Didn’t charge me a plugged nickel. Just gave it to me!”

Forty years later, Gil sounded like he could still hardly believe it.

Longtime residents and visitors alike recall Gil Dunn’s Kent Island Pharmacy with great fondness. One of the main reasons is that shrine to baseball, heroes, and honorable intentions that Gil built and shared with the public.

Among the precious rarities ‘Double X’ entrusted to Gil was a uniform Foxx wore while playing on an all-star team, with Babe Ruth and Lou Gehrig in the lineup, that barnstormed Japan on a pre-World War II goodwill tour. The uniform is probably one of sixteen like it ever in existence.

Gil Dunn lent those treasured textiles to the Babe Ruth Museum years ago. Ownership and value seem to be of little concern to Gil. His original goal of spreading the gospel of Jimmie Foxx more than satisfied, Gil shrugs his shoulders, holds up his hands in a whatcha-gonna-do pose, and laughs loud and hard, “And they’re still borrowing it!”

From Baseball Hall of Fame:

“Hall of Famer Bill Dickey said “If I were catching blindfolded, I’d always know when it was (Jimmie) Foxx who connected. He hit the ball harder than anyone else”. The powerful Sudlersville, Maryland farm boy signed his first professional contract with the nearby Easton minor league club at age 16, and made his Major League debut “before the end of his junior year in high school.

“Hall of Fame backstop Rick Ferrell said of Foxx “was the greatest all-around athlete I ever saw play Major League Baseball”. Foxx finally broke out and earned regular playing time at  first base in 1929 and led the Athletics to the first of two consecutive World Series titles.

“During his career, he was one of the most dominant offensive forces in the majors as he put together twelve 30 home run seasons and thirteen 100 RBI seasons. He captured three American League MVP Awards, was selected to nine All-Star teams and took home the American League Triple Crown in 1933. When he retired in 1945, his 534 career home runs were second to only Babe Ruth and the most by any right-handed batter in big league history.

“Dubbed “The Beast” because of his powerful right-handed swing and the distance of the prestigious blasts he hit, Hall of Famer Ted Lyons recalled “He had great powerful arms, and he used to wear his sleeves cut off way up, and when he dug in and raised that bat, his muscles would bulge and ripple”. The nickname “The Beast” is also a little bit deceiving as Foxx had a reputation for being one of the kindest, most generous men in the game. Near the end of his career, when he was let go by the Red Sox, teammate Charlie Wagner lamented “When Jimmie was released it was a shock to us all, because he was greatly admired by everyone of his teammates.”

“Foxx was elected to the Hall of Fame in 1951, then in 1952 became one of three Hall of Famers to manage in the All-American Girls Professional Baseball League, along with Dave Bancroft and Max Carey. Foxx managed the Fort Wayne Daisies to a first-place finish in his only season as an AAGPBL manager in 1952.

“Hall of Fame hurler Lefty Gomez, who had the misfortune of facing Jimmie Foxx many times in his career, proclaimed “When Neil Armstrong first set foot on the moon, he and all the space scientists were puzzled by an unidentifiable white object. I knew immediately what it was. That was a home-run ball hit off me in 1937 by Jimmie Foxx”.

After graduating from high school, Gil Dunn worked at Bethlehem Steel, attended Loyola College, served in the Air Force, and married his New York sweetheart named Florence Handford. Gil worked as a pharmaceutical representative for a few years, a career path that led to unexpected opportunities. In 1952, a friend told Gil that Kent Island needed a new pharmacist. Gil asked where the heck that was. The friend told him, “Go across that bridge they just built, and when you get off that bridge, that’s Kent Island.”

Gil obtained the required education, and when he and Florence arrived on the Eastern Shore, they saw their future. The Bay Bridge was new and Rt.50 was something locals were just starting to get used to. Housing opportunities and the needs of the community were growing. Just off the westbound highway construction had started on the brick and block commercial strip known as the Nichols Building. There was to be a new Acme supermarket and a Fox Brothers department store there. The Dunn’s Kent Island Pharmacy opened in 1953 and became a fixture at ‘the shopping center’ for more than forty years.

Gil says back then the Eastern Shore “was a whole lot different. Slower paced. Quieter. Nobody locked their doors. Everybody was cordial.” The Dunn family felt welcome from the start. They noticed Kent Islanders waved at anyone passing, no matter that “They don’t even know who you are!”

Gil and Florence raised five children on Kent Island and stayed involved with their extended community through their church and numerous charitable organizations. Among his civic activities, Gil Dunn supported  local sports teams and little leagues, is a past president of the Kent Island Heritage Society, and was the founder of the Kent Island Band. And while Gil might be best remembered for his pharmacy, his Jimmie Foxx museum, or his boisterous laugh and genial, joy-of-life personality, for me it’s always going to be in the way he told his stories. 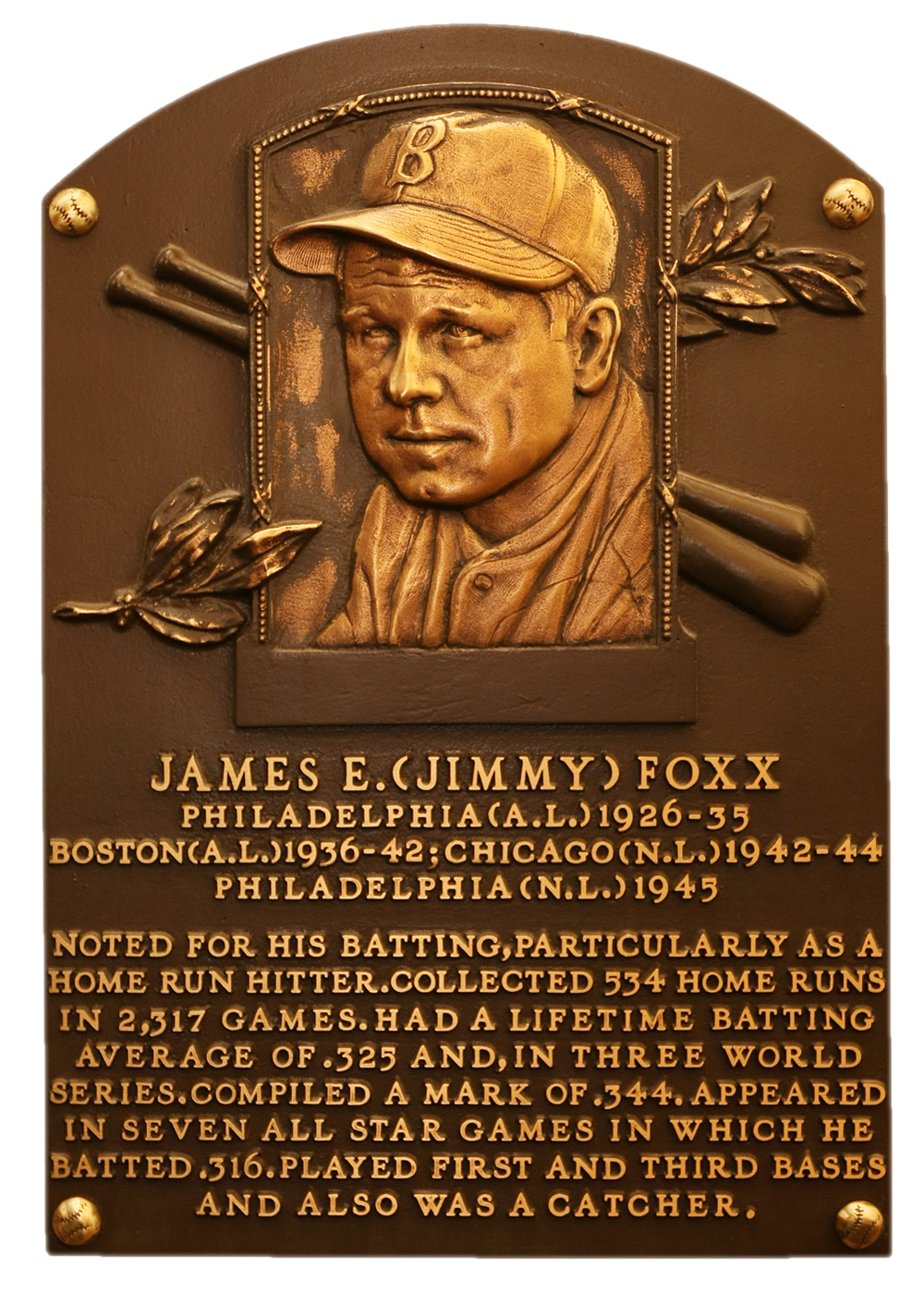 6 thoughts on “TELLING STORIES: GIL DUNN & THE BEAST FROM SUDLERSVILLE”