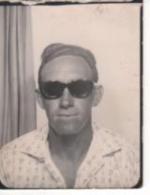 There’s no denying my dad had complicated relationships with his kids.

Understanding the people we know best can be a most confounding and persistent challenge, but here’s what I’m certain of when it comes to Joe Lewis.

Dad loved life. He tried to squeeze as much of it as he could out of every day. And he was tough. Tough as whitleather is what he would say. In his last months, Dad fought harder to live than anyone I’ve ever seen.

Perhaps he was afraid.

In the end though, when he knew it was his time, he went peacefully and with dignity.

Dad always rooted for the underdog. He was not cruel. He could be self-centered and dismissive of the feelings of others, but carried a soft spot for wild kids and misbehaved animals. The wilder and more misbehaved the better.

Dad loved being outside. Hated being cooped up. Being ill was hard on him. Staying on the go had been the way he’d lived. Down to the county slips, out to the VFW, or just making his rounds, as long as he could, Dad always had somewhere he was headed.

He loved to take long rides with no particular destination.

As he journeyed through his life, Dad took the world as it came to him. He didn’t try to change people or things or situations. He soaked it all in and then kept right on following his own path.

Dad was probably the friendliest person I’ve ever known. It’s true he never met a stranger. I teased him that he could start a conversation with a rock.

I know now that his affability was a blessed gift.

He loved his friends and wanted to do what he could to help them. Dad’s time spent as service officer at the Grasonville VFW was important to him. It was a way for him to give of himself, and I understand he served admirably. Dad was proud of that service, as he was of his military service during the Korean War.

Memories of listening to Dad and his friends tell stories are among my childhood favorites, and our family has generally always believed a sense of humor is something of high value. Dad was way funny. Even at our worst moments, he could always make me laugh. He loved telling jokes so much, sometimes he’d give you the punch line two or three times.

When I was sixteen or seventeen, in the spring of the year, I was helping Dad paint the big old farmhouse on Dominion Road where Dad’s spinster great-aunts Myrtle and Lydia Coleman lived. Dad tied a rope to an extension ladder and was hanging over the back of the third story roof, painting the flashing around the chimney.

Here’s the genius part – I was on the front porch roof holding the other end of the rope.

Dad’s life was no-fooling in my hands when some girls from school rode by in an orange muscle car and the driver beeped her horn. They waved. I let go and waved back.

Immediately I heard Dad and his ladder sliding down the other side of the tin roof, shm-shm-shm. He was dropping fast. I grabbed the rope and started trying to reel him back in. Finally, Dad looked over the edge and stammered, “Get me down. Right now.”

Once he got on the ground, Dad never yelled at me; didn’t even really act all that mad. He was obviously shaken, but all he ever did was cuss and laugh about it.

Says a lot about the kind of person Joe Lewis was. He understood that a person can mess up, sometimes badly, but that doesn’t make them a bad person.

That’s a lesson I try to remember. 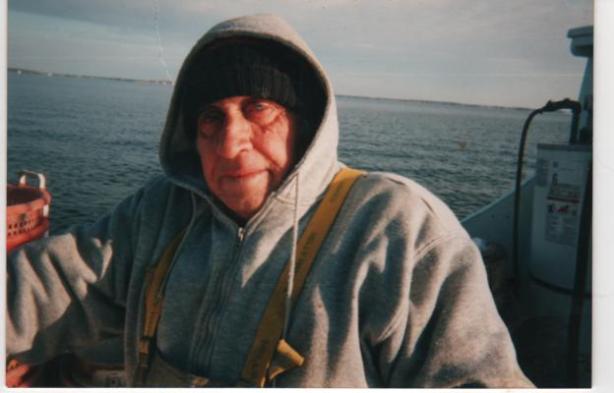