Love is the most important thing in the world, but baseball is pretty good too.

June is a serious baseball month. June 19, 1846, the world witnessed the first baseball game ever played under standardized rules. Ernest Lawrence Thayer’s Casey at the Bat was first published in June of 1888. The inaugural ceremony at the Baseball Hall of Fame was held in June 1931. Babe Ruth’s last game was in June. Lou Gehrig died in June. Dock Ellis of the Pittsburgh Pirates pitched an infamous no-hitter on 6/12/1970 while tripping on LSD.

Like Dock Ellis, generations of Americans have grown up with baseball among the things floating around in their bloodstream. Long before that first recorded game in 1846, citizens of our young country embraced this most democratic of sports. A recently discovered document suggests that as far back as 1791, baseball was being played in Massachusetts, and there’s evidence that by the early 1820s New Yorkers were regularly engaged in weekend games.

The Eastern Shore’s love affair with the ‘national pastime’ has not been as well recorded as in other regions of the country, but in the early part of the twentieth century, organized baseball came to our area and created an excitement like nothing ever before.

By 1845, baseball was played all over the country, under various rules and levels of organization. In 1869, the Cincinnati Red Stockings became the first all-professional team, and two years later, the first pro league was founded.

Leagues from coast to coast formed and disbanded regularly. Scandals plagued the sport.  Reports of cheating players and violent fans, helped create a perception in the general public that playing baseball was an unacceptable occupation for respectable gentlemen.  Yet the game’s popularity grew. The National League was organized in 1876 and the American League followed in 1900. Modern major league baseball was born.

During this time, Eastern Shore ball was amateur at best, played mostly by farm boys when there wasn’t work to do. Across the Chesapeake Bay, the Baltimore Orioles won three straight National League pennants from 1894 to 1896, but lost their team to consolidation in 1903. Though it would be 52 years before the major league returned to Maryland, several Eastern Shoremen made a name for themselves on the field of professional baseball. 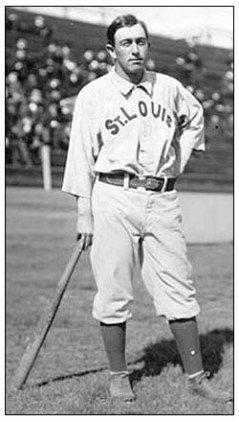 Dorchester County’s Homer ‘Doc’ Smoot was the first Eastern Shoreman to play in the majors. Born in 1878 at Galestown, Smoot played both baseball and football for Washington College, while also playing semi-professional baseball. Signed by the St. Louis Cardinals in 1902, he had a top-notch rookie year and is one of the few players to hit two inside the park homeruns in one game. In 1908, Smoot was followed into the big leagues by Frank ‘Homerun’ Baker from Trappe.

Frank Baker’s first at bat in the first inning of his first full season game yielded him a grand slam, A third baseman, Baker helped the Philadelphia Athletics win three World Series in 1910, 1911, and 1913. In the 1911 series he hit two game winning homers which immortalized his famous nickname.

In 1914, the Baltimore Orioles, a top minor league franchise, signed hometown boy George Herman Ruth who would become known to the world as Babe. Ruth was released to the Boston Red Sox midway through the year as baseball fever swept the nation.

Interrupted by World War I, baseball hustled to get the game back on the field. In 1921, the same year the Chicago White Sox went on trial and the Worlds Series games were heard on radio for the first time, an agreement was signed allowing major league teams owners to acquire regional affiliates. Teams supplied players, who were sponsored by local booster associations. Partnerships with the pros brought better organization, professional umpiring, and less rowdy fan behavior to the erratic rural baseball that had been played in the past. Small towns supported their teams and rivalries grew.

The Salisbury Chamber of Commerce initiated the formation of the Eastern Shore League in 1921. J. Vincent Jamison, president of the successful Blue Ridge League was brought in to kick start Class D baseball on the Eastern Shore.

Six thousand fans showed up for the Eastern Shore League’s first opening day on June 12, 1922. The Headline of The Wicomico News read: HUGE CROWDS FILL STANDS AT BALLPARK. “For weeks sports lovers have anxiously been awaiting this gala day, when professional baseball was scheduled to make its debut upon the Eastern Shore’s sandy stage, and the opening event as depicted last Friday will be indelibly printed upon the memories of citizens and those who traveled from far and near to lend their presence to the demonstration.”

That first season was, however, marred by violence. During a game with Parksley, a Crisfield fan became enraged at a third inning second base call and jumped out of the stands and attacked the offending umpire. Striking the official in the head twice, “Blood spurted out in a stream from the wound and the victim rushed to the Crisfield Hospital where a hasty examination indicated that there might be a fractured skull.”

The Spuds beat the Canners in the 1922 championship then went on to be defeated by Martinsburg Blue Sox from the Blue Ridge League in Five-State Championship, a game that was attended by the famous Commissioner of Baseball Kenesaw Mountain Landis. 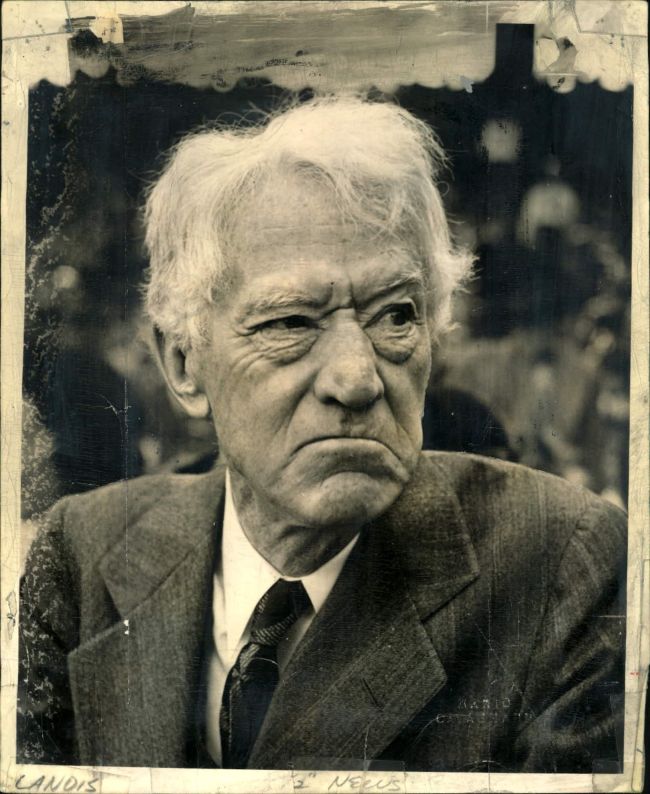 2 thoughts on “The Eastern Shore Baseball League – Part One”