The clock doesn’t matter in baseball. Time stands still or moves backwards. Theoretically, one game could go on forever. Some seem to. – Herb Caen, columnist

Despite widespread enthusiasm, The Eastern Shore League’s first season ended the year in the red financially and was marred by a substandard level of professionalism.

To expand regional interest and the profit base, teams from Dover and Milford, Delaware were admitted to the league. Efforts to protect the integrity of the league were also taken more seriously. Teams changing players near the end of the first regular season, called “cramming’, resulted in such leaps in the standings that The Cambridge Canners went from sixth place to second. In 1922 league officials introduced a rule prohibiting exchange of players after August first. Mid-season of the second year, the Milford Sandpipers were charged with fielding an ineligible player and instead of forfeiting their wins, they withdrew from the league. The Pocomoke City team disbanded in August.

Mickey Cochrane played for Dover that year. A hard hitting catcher known as Black Mike because of his dark mood swings, as a player/manager Cochrane later led the major league Detroit Tigers  to first place in 1934 and 1935. 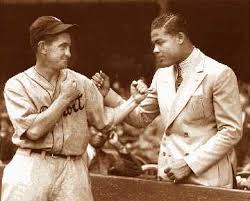 In 1924, Homerun Baker returned to Talbot County as the player/manager for the Easton Farmers after his stellar major league career. The story goes that an old friend of Baker’s, Sudlersville’s Dell Foxx asked Homerun to give his son, Jimmie, a shot on the Farmers. The young power hitting first baseman made quite and impression and Baker recommended Foxx to both his old teams, the Yankees and the Philadelphia Athletics. Legendary Philly owner-manager Connie Mack trusted Baker judgment and was soon grateful he’d done so. ‘Double X’ joined the majors in 1925 at 17 years old and soon developed a reputation as a top slugger.Jimmie Foxx’s other nickname was The Beast. Foxx played for 20 years and was elected into the National Baseball Hall of Fame in 1951. He hit 30 or more homers in 12 consecutive seasons, a record broken only by Barry Bonds in 2004, and is the youngest player to ever hit 500 career home runs.

Dover Senators pitcher Red Ruffing, another Eastern Shore League standout, went on to play for the Red Sox, White Sox, and the Yankees, whom he helped win seven World Series and was elected to Hall of Fame in 1967.

In 1925, Homer Smoot returned to the Shore to manage the Salisbury Indians for a year before returning to his farming and feed business.

Despite enthusiasm for the teams and players, the league had yet to turn a sufficient profit and on July 11, 1928 league directors assembled at the Wicomico Hotel in Salisbury. In what was considered by many to be an unexpected and sudden collapse of the league, the directors voted to disband.

The Eastern Shore League took their ball and went home.