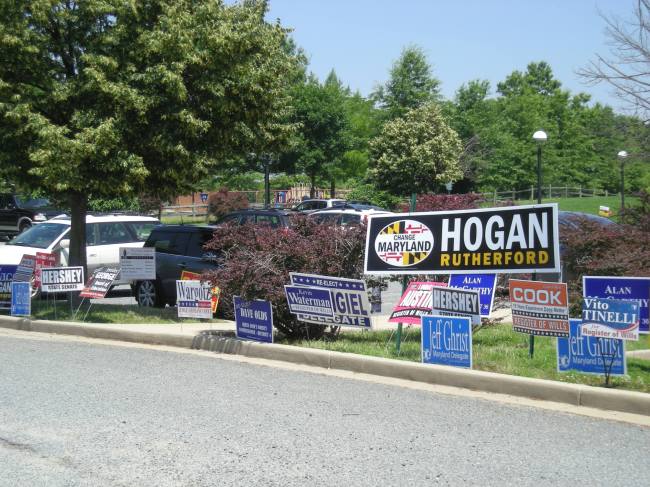 Some of the signs are for seats in the state government but most are for county, in my county of Queen Anne’s mostly for the well-paid Register of Wills position. Sometimes I feel like I’m the only one who didn’t get his application in on time.

Looking at history, politics around here have always been a little off. In the Revolutionary War, there were certainly radicals, or as we call them today, patriots, wading around in these muddy marshlands, but the rest of us mostly backed the losing side. Abraham Lincoln got zero votes in my county. We rejected the constitutional amendment giving women the right to vote. The Eastern Shore has raised prestigious governors and senators , but we’ve also raised our share of governmental scoundrels, too.

People joke about politicians.  You know, how they’re like diapers because they both need to be changed regularly and because of the same reason.  How George Washington was the only president not to blame his problems on his predecessor. How instead of giving them the keys to the city, we oughta’ change the locks.

And some of the local races are plug ugh-lee.

Facebook has made it easier than ever for me to vote against local candidates based on the behavior of their supporters.  I know candidates aren’t responsible for the angry arrogance and know-it-all ignorance posted on social media, but I would think the candidates might want to rein in the worst members of of their cheering section.This is real Eastern Shore life, not talk radio or a 24 hour cable news channel, and no matter how smart or pithy someone may think their opinions may be, if they consistently come across as a giant turd, their candidate should look up the hill and remember that crap rolls downward.

A born cynic, I can’t help but believe most politicians are in the game for reasons that do not include civic duty and service to others.

But in truth, I’m glad there are folks out there willing to put their time and effort into trying to make this society we live in work in any kind of civilized manner. Despite evidence to the contrary, I believe there could be those in the race with a desire to help better their communities, and not just running on personal motive.

Past local politicians have saved Kent Island from becoming a World War I era artillery testing ground, saved important historical sites, made sure Wye Island didn’t become the city of Columbia, and kept the Kent Narrows drawbridge open when the state had other plans.

I didn’t have to go to a bunch of parades so far this summer to know the county’s been full of both firetrucks and politicians rolling down the streets. It strikes me that on a day-to-day basis I don’t give either one of them much of a thought, but man, if you need one, having one you can count on is a blessing.

So, even though I laugh at P.J. O’Rourke’s line about how giving politicians power and money is like giving teenage boys whiskey and car keys, that doesn’t mean I don’t plan on rocking my vote.

I’ll still probably end up getting run over, but I want a say on who’s behind the wheel. 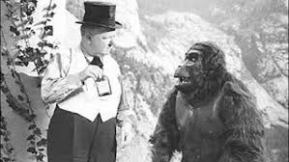 WC Fields: “Hell, I never vote for anyone, I always vote against.”