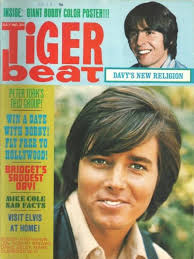 I was seven, between first and second grades.

Richard Nixon was in the first months of his first term as president of the United States.

American troop withdrawal from Vietnam was negotiated and began amidst intense demonstrations at home. The Russians and Chinese were clashing, as were the Irish and the Brits, and there was civil war in Africa. 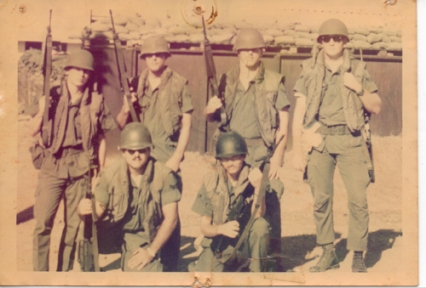 The Weathermen faction of the National Convention of the Students for a Democratic Society took over the SDS Chicago national office for four tense days in June, and on June 28th in New York City, the Stonewall riots gave violent birth to the gay liberation movement.

When the summer of 1969 started, the San Francisco-area Zodiac Killer was at the beginning of his months-long killing spree. Seven murders have been confirmed to have been committed by this still-unknown maniac, though he claimed over thirty in letters to newspapers.

Near season’s end, another serial killer terrorized the city of Memphis, Tennessee throughout the month of August. At the same time, there was a carpenter in Massachusetts being prepared for trial in the deaths of four of the seven women he was suspected of murdering Jack the Ripper-style.

And forty-seven years ago this week, on the night of August 9th, the followers of  cult leader Charles Manson kicked off their run of gruesome murders in Los Angeles, with the brutal and horrifying slaying of pregnant actress Sharon Tate and her friends. These chilling events grabbed hold of something dark in the American psyche that we still find hard to let go almost half a century later.

On that same day, about 50 miles southeast, The Haunted Mansion opened in Disneyland.

Led Zeppelin and Jethro Tull were playing across the street at the Anaheim Convention Center. 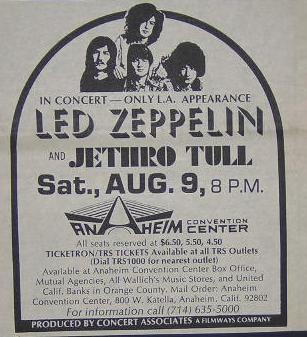 One of mankind’s greatest accomplishments lifted off on July 16, when three American astronauts boarded Apollo 11 and left earth with an eye on the future.  Four days later, to the amazement of millions glued to their TV screens, Neil Armstrong planted an American flag on the moon.

On July 18, Teddy Kennedy, the last of a great lost potential, drove drunk off a bridge in Chappaquiddick, Massachusetts, killing 28-year old Mary Jo Kopechne. Kennedy ran from the scene and did not report the accident, and in the eyes of many never took full responsibility of his actions.

Hurricane Camille hit American shores on the night of August 17 after forming in the Caribbean on the 14th. The category 5 event flattened the Mississippi coast, killed 259 people, and flooded states as far north as Virginia before petering out.

Judy Garland overdosed and died in June, Brian Jones drowned in July, and boxing heavyweight Rocky Marciano got knocked out for good in an August plane crash. Unbeknownst to the rest of us, in June Ice Cube and Peter Dinklage were born in exchange for Dorothy on the rocks, J-Lo and Triple H in July for a troubled Rolling Stone, and for one of the greatest heavyweights of all time, we got Jack Black, Christian Slater, Nate Dogg & Donnie Wahlberg.

The Beatles were simultaneously polishing the final production on Abbey Road and breaking up as a band.

It was them versus the Stones. The number one song was the Beatles’ Get Back. Number two was Honky Tonk Woman. A million musical debates started here. The 1969 top five singles chart was rounded out by In the Year 2525 by Zager & Evans, Sugar, Sugar by The Archies, and Elvis’ Suspicious Minds.

Bad Moon Rising, Boy Named Sue, and the Theme to Hawaii 5-0 were on the charts as names like the Isley Brothers, Cream, and the Monkees.

Woodstock. Three beautiful days of Love and Peace and Freedom. Plus Corporate America’s real awakening to the commercial potential of rock music.

Readers were digging into The Godfather, Slaughterhouse 5, and The Andromeda Strain. Authors like Philip Roth, Ross MacDonald, and Jaqueline Susann were also providing beach-read thrills.

Rowen & Martin’s Laugh-in was number one on TV, but otherwise, we preferred more traditional fair like Gunsmoke and Bonanza, Mayberry RFD, and the Carol Burnett Show.

It was the summer of True Grit, Easy Rider, and Midnight Cowboy.

One era of screen cowboy was ending, while a new one began.

In sports, it was all about Ali, Namath, Reggie Jackson and a young football player named OJ Simpson. 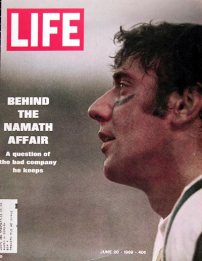 Both the Pontiac Firebird Trams Am and Boeing 747 were introduced.

Project Blue Book was concluding and being sealed as fodder for conspiracy fans ever after.

Much closer to home:

Locals worked to bring the races closer together.

The Fishing Fair was a big success.

As was the Clam Festival.

Somebody tied their kid to the Matapeake Fishing Pier. No big deal back then. 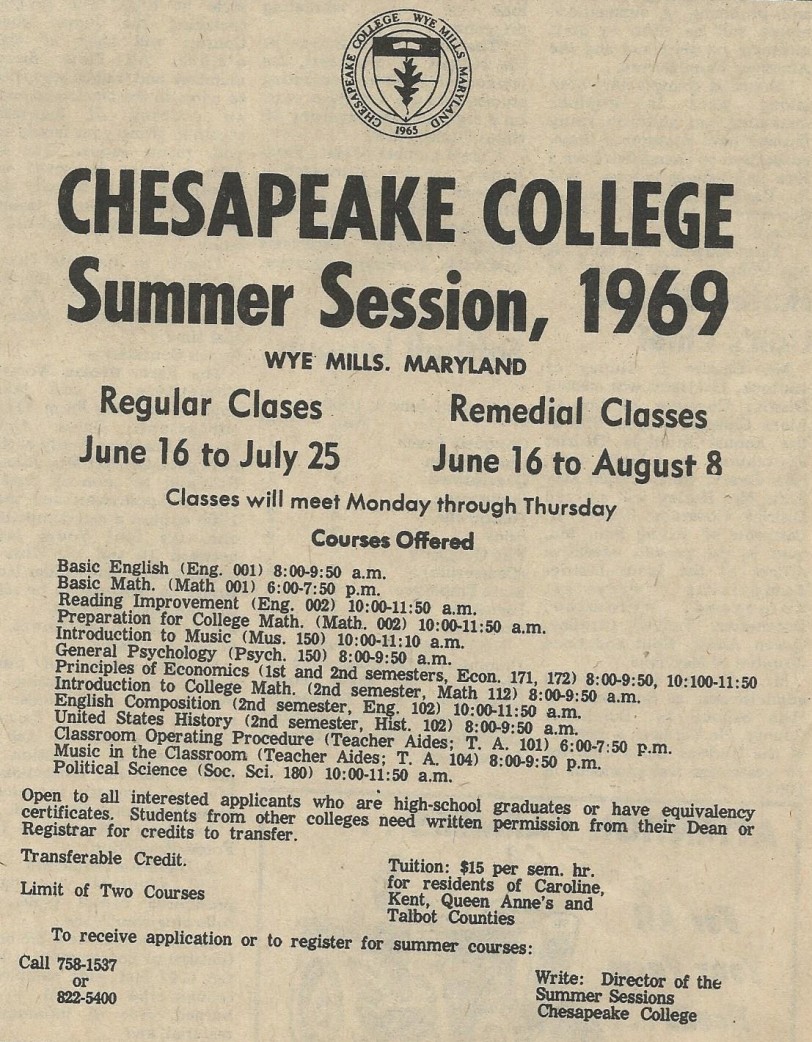 and my Uncle Larry worked on as  police officer on the Bay Bridge. 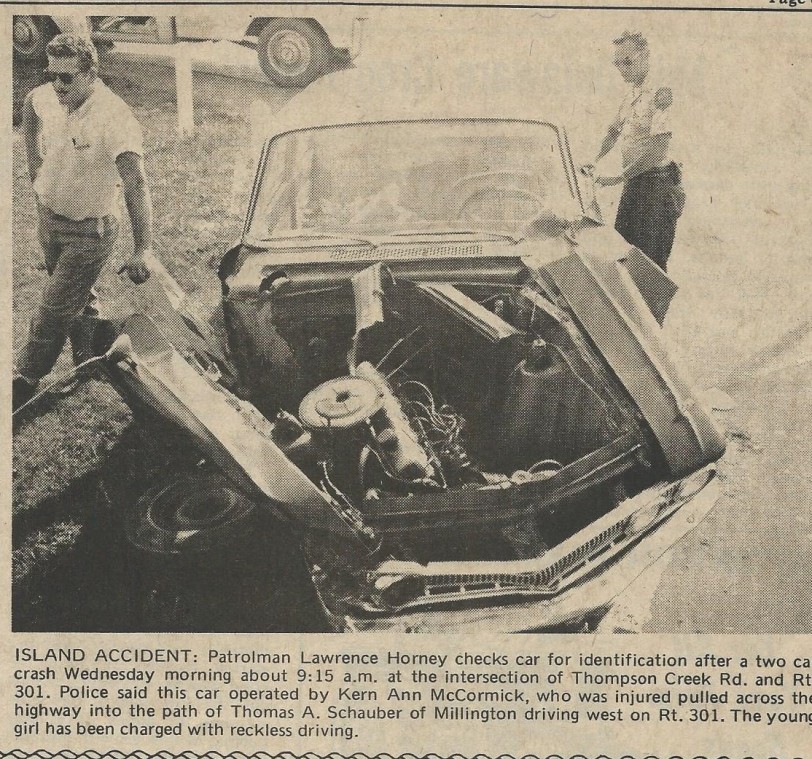