Looking through past issues of The Bay Times, old-time photographs were often submitted by local people who thought their family, friends, and neighbors might be interested in seeing themselves and loved ones from back in the day of one room school houses.

This first photo of Dominion School on Kent Island was taken on November 12, 1905, and includes such familiar local surnames as Severa, Tull, Thompson, Stevens, and Jones. The picture was originally provided to the  Bay Times courtesy of Roy Golt. 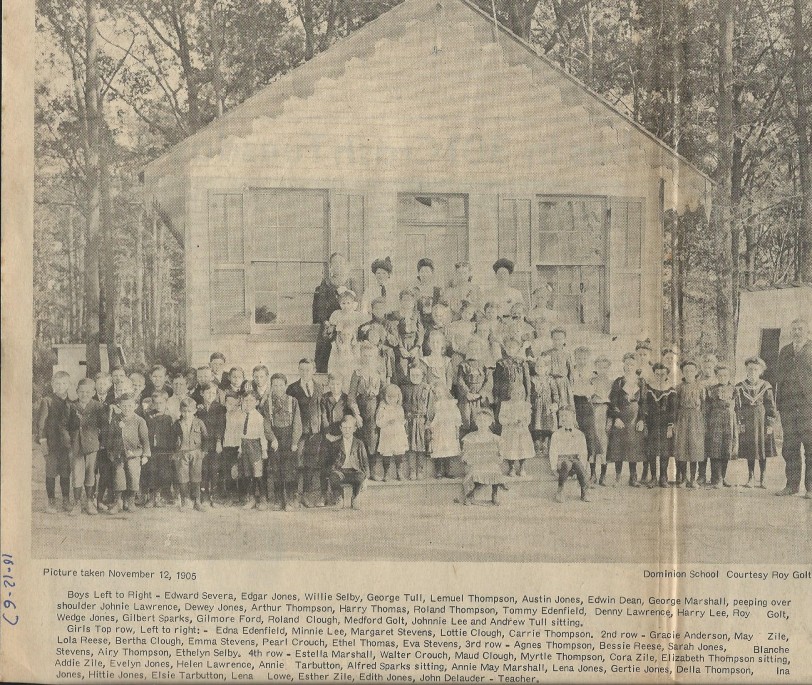 Here’s another from the beginning of the 20th century. This photograph is of another Kent Island school which was located near the entrance of the Stevensville subdivision of Cloverfields.

This picture was taken sometime between 1910 and 1915 and was provided to the newspaper by Howard Walters and Jim Weston. Some names are missing from the group who posed in front of the “real old” Stevensville High School and includes members of such long-time Eastern Shore families as Tilghman, Cockey, Bright, White, Stevens, Cray, Benton and Cook.

In 1920, this picture was taken in front of the Grasonville school where my grandmother attended and my great-aunt was a longtime teacher. Aunt Carolyn is pictured in the back row, on the far left. Here we also see such local families as Ruth, O’Donnell, Baker, Sadler, Jewell, Rhodes, Bryan, Collier, Holden, Hadaway, and Risely. 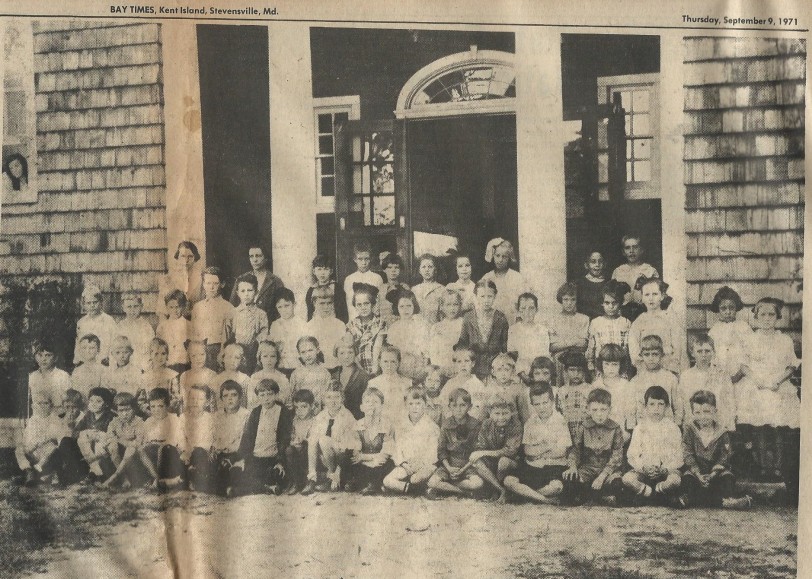 And finally there’s a picture from my era.

Crab Ball Champs of 1972 include many of my future high school classmates.