The times were changing on Maryland’s rural Eastern Shore in the fall of 1972.

Forty five years ago, when I was ten, my hometown paper lamented the closing of a beloved candy store in our county seat town of Centreville. When I was ten, my family lived closer to the Chesapeake Bay, on the lower end of the county, and we had never had much reason to go to Centreville except to see Dr. Layton, our chain-smoking emphysemic family doctor, so I don’t really remember Eaton’s Candy Store. I guess my mom was smart enough not to let on that Eaton’s existed, and usually, when we were headed to Dr. Layton’s, we were in a hurry.

In 2007, iconic A Writer’s Notebook columnist for the Record Observer Dan Tabler wrote of the Centreville of his youth  as those “golden, olden days when you would stare at the penny candy jar at Harmon Eaton’s candy store on Commerce Street and wonder how many jawbreakers you could get in your mouth at one time with the fistful of pennies you carried.”

In 1972, a time that was, simpler in many regards, was ending. The local news became sadder or upsetting more often, and from shady-sounding shenanigans out on the bay to deals with Russians gone bad, it had definitely gotten weirder.

But some public business, like the seafood industry and it’s changing dynamics, remained newsworthy:

Maryland politicians pictured below include future longtime senators, as well as one future governor and the dad of our current governor, Larry Hogan:

And many traditions remained intact:

There were new babies and sacred religious ceremonies: 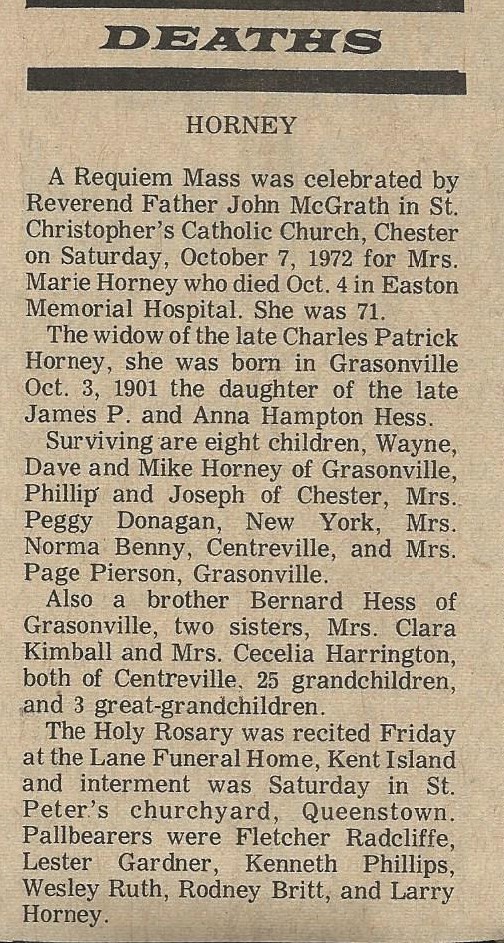 There were sports stories, too, such as this Baltimore Orioles interview piece written by lifelong baseball fan and deceased friend of easternshorebrent, Gil Dunn.  (In full disclosure, all Bay Times clips used on this blog were part of Gil’s collection.) 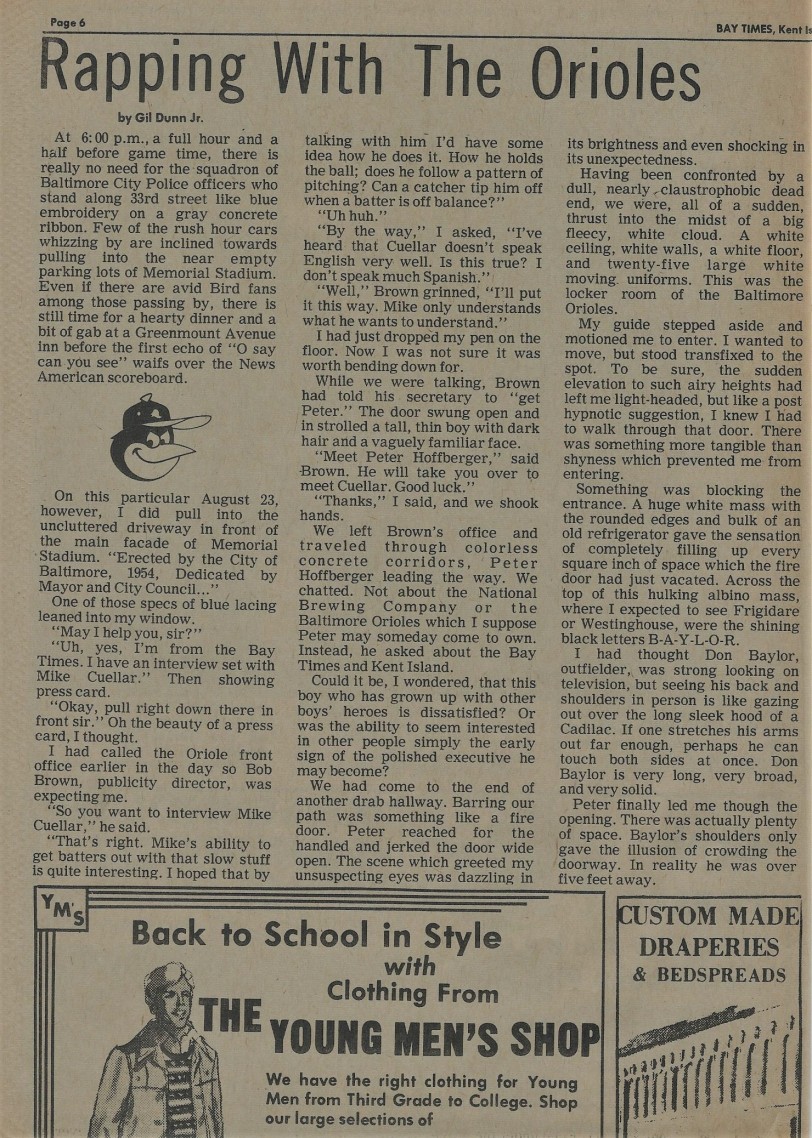 and there was football fandom: 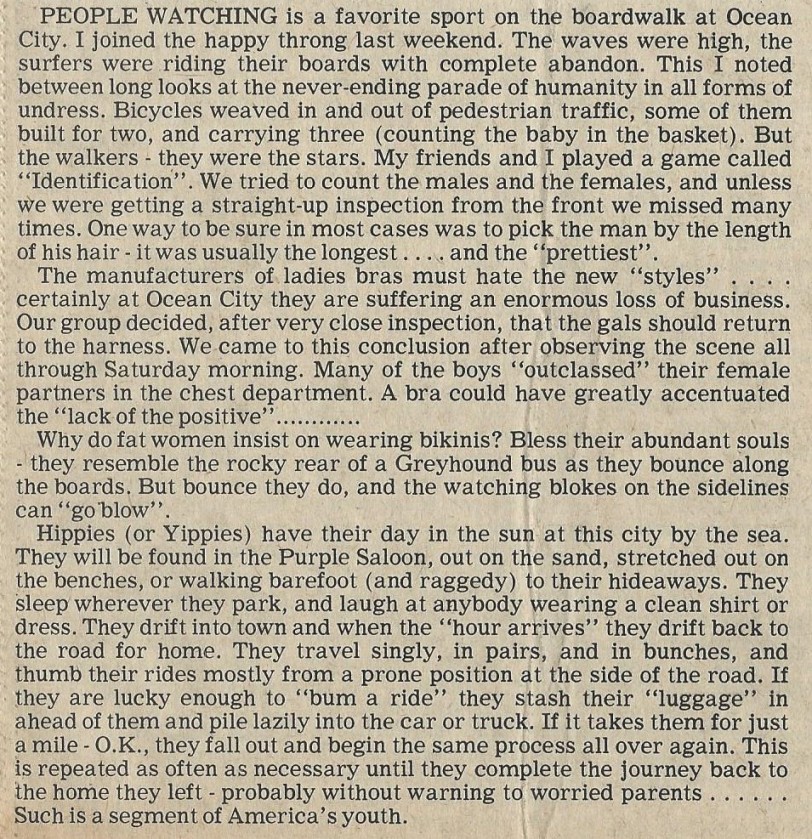 Miss Mamie Bryan kept everyone abreast as to the comings and goings of their neighbors, and as she often did, provided a little life lesson through experience, scripture, or as in this case, an earlier source, such as Clara Clark-Grant’s poem, Who Will Take Grandma?

And there was, of course, from The Long Swift Sword of Siegfried to the Maryland return of George Wallace after surviving an assassination attempt in the state earlier that year, advertising, some of which might have benefited from a little more copy-editing:

And as always, The Bay Times, sure had a way with a headline: