WINTER WEATHER ON THE CHESAPEAKE BAY 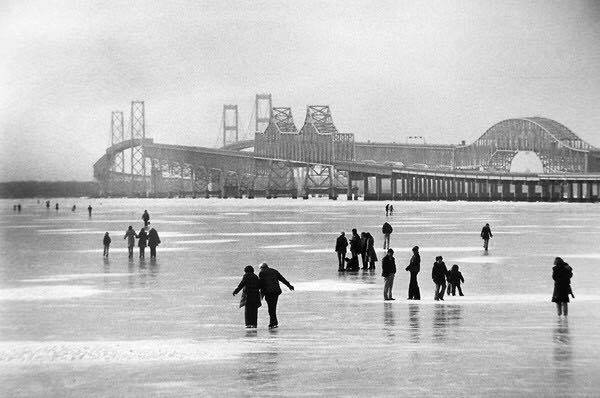 As cold as it is it could be worse.

Slip on your long-johns and flannels, your warm boots and favorite gloves, grab your coat and that hat with the funny looking earflaps, and let’s take a wintery walk through a couple centuries of Eastern Shore weather history.

Official records weren’t kept until the late 1800’s, so reliable climate data for our country’s formative years is hard to come by. There were, however, several documented blizzards and deep-freezes during this time that had significant impact on our early Chesapeake Bay ancestors.

January 27-28, 1772. Two to three feet of snow fell in two days. A half century had passed since any of the early colonists recorded a storm of such power, and back in 1717 it was New England that got clobbered. Around here, no non-native had ever seen anything like it. Because the storm was recorded in two future presidents diaries, it’s known as The Washington-Jefferson Snowstorm. George Washington wrote, “The same snow continued all last night and all this day with equal violence…”

The Winters of 1779-1784 were especially cruel. Twenty-foot glaciers were sighted off the Delmarva Coast, and in 1781 ice in the bay was six inches thick. People walked across the Chesapeake from Kent Island to Annapolis; and for weeks at a time horse carriage over ice was the preferred method for travel between places like Queenstown to Rock Hall and Tilghman Island to Oxford. “The Long Winter” of 1783 -1784 started with a Christmas snow and ended with a thaw that didn’t even begin until late March. Thomas Jefferson was in Annapolis, and at one point he recorded four zero-degree days in a row. Eventually temperatures dipped lower than his thermometer was able to measure.

In 1888, the small villages and isolated farmhouses across the Shore were struck with what came to be known as the White Hurricane. Snow started on March 11th and by the morning of the twelfth most locations were covered in up to a foot and a half of the white stuff. Strong northwest winds, gusting up to 75 M.P.H. blew the water right out of rivers and created snowdrifts that buried buildings. Dozens of watermen were killed when their oyster-dredging boats capsized or were slammed violently aground.

Nor’easters bring some of our area’s most ferocious winter blasts. Certain climatic conditions have to be in place before one of these monster weather patterns can develop, but once they do, it’s usually already too late to batten down the hatches.

Mother Nature delivered a brutal one-two punch in February, 1899 with The Great Eastern Blizzard and the Arctic Outbreak that followed. Back to back massive snowstorms were worsened by a nor’easter’s gale force winds and crippling temperatures that plummeted to twenty below in parts of Maryland.

A spring nor’easter on April 3, 1915 brought to our area the biggest late season snow on record. For a section of the country that, according to the National Weather Service, typically gets less than a foot or so per year, the fifteen inch deep swath this shocker laid down across Delmarva must have seemed like a particularly unfunny April Fool’s joke.

The Knickerbocker Storm of January 27th, 1922 was named for the theater in D.C. whose snow-burdened roof collapsed, killing 98 people. Hitting the region exactly a century and a half after the Washington-Jefferson Snowstorm, The Knickerbocker’s considered the storm of record for the state.

Though no snow had been predicted, a light dusting began just after dark on Christmas night, 1935. Within a few short hours, a raging blizzard had developed. Caught without warning, and in the middle of holiday travel, dozens of people found themselves stranded. Compassionate strangers took in whole families. A second storm exploded on the 28th. Then the mercury dropped. Two days later there were freighters frozen motionless in the Chesapeake Bay. When ice at Kent Narrows was finally cut through, watermen had their first work in three weeks. One hundred thirty men caught 4500 bushels of oysters in two days. 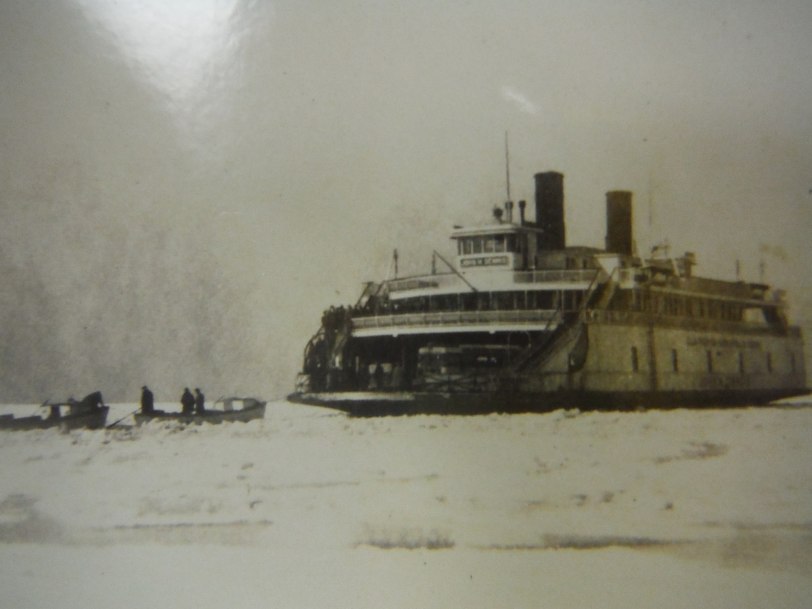 1940 – Weird weather affected the entire continent. People were ice skating in Louisiana, while Northern Canadians experienced a warm spell. Icebreakers were sent up the Miles and Tred Avon Rivers to cut a path for struggling watermen, but the cold was so intense the water refroze quickly and the few boats that made it out found themselves marooned. 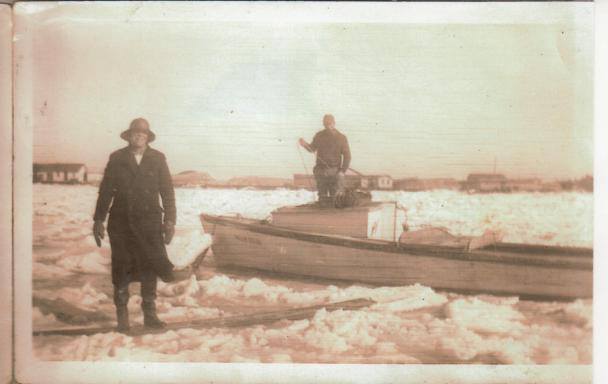 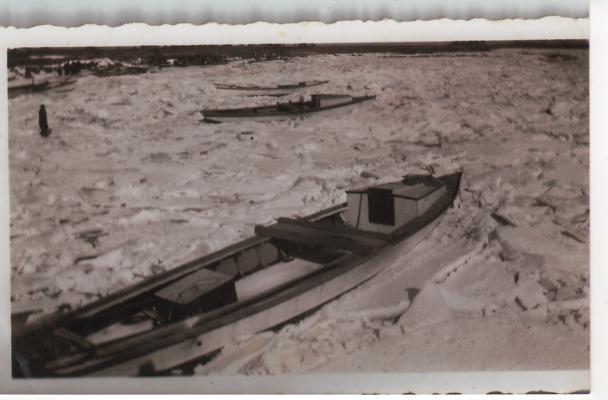 The Eastern Shore was battered with three separate snowstorms over the Winter of 1960-61. First there was the surprise storm of December 11th and 12th which dumped a foot and a half of snow on the ground. On January 19th, a second storm rolled through. By the time the worst winds and harshest colds of February 3rd through the 5th landed, ice was already locked to the shores of the Chesapeake in unbreakable sheets up to three feet thick. Oyster tongers pushed skiffs out across vast white and blue horizons to chop out a hole and catch a few. A coast guard patrol was set up around the Bay Bridge to monitor ice thrusting against the supports. Nervous drivers reported feeling the bridge vibrate while driving across. Marine Helicopters delivered corn to starving waterfowl at Blackwater Wildlife Refuge. Row upon row of rural telephone lines snapped. Total cleanup costs for five Eastern Shore counties? A whopping $73,689. 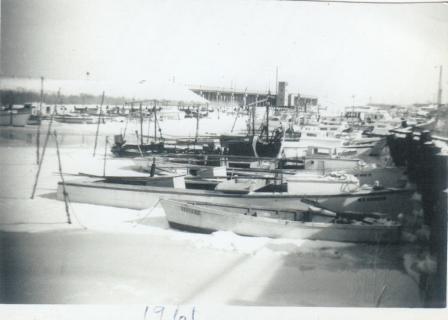 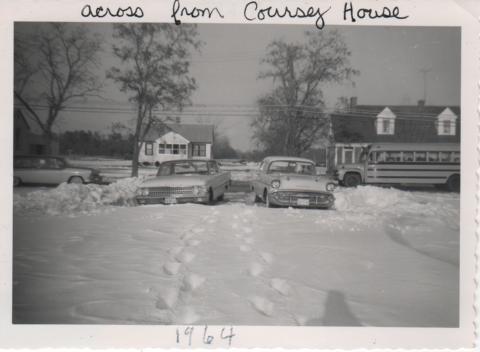 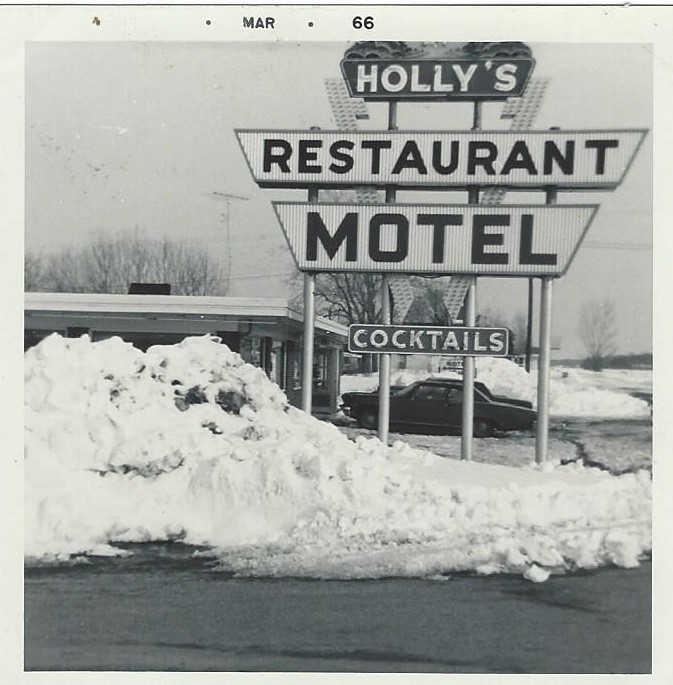 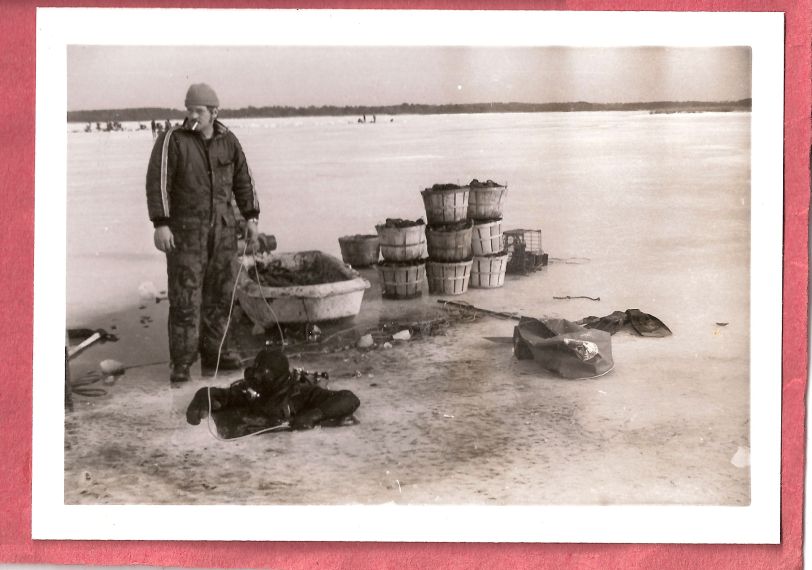 The Bicentennial Winter of 1976-1977 was the coldest since the founding of the republic. It snowed in Miami that January. Average Maryland temperatures for the same month hovered in the low twenties. The Chester River, Knapps Narrows, and Cambridge Harbor were solid blocks of ice. Locals raced pickup trucks on Eastern Bay. Iceboating became a ‘hot’ sport and a four day regatta was held at St. Michaels. On February 4th, temps climbed into the forties and water appeared on top of the ice and the region breathed a collective sigh of relief. Without warning, the wind changed direction and turned into an angry nor’easter. The ice pancaked into layers that were dangerously hard on top but soft underneath. Falling through was easy and could kill a person in minutes. That winter had a devastating effect on a polluted bay. It was estimated that 50% of bottom crabs, 20% oysters, and 90% of barnacles, an important link in the environmental food chain, died in the bitter cold. 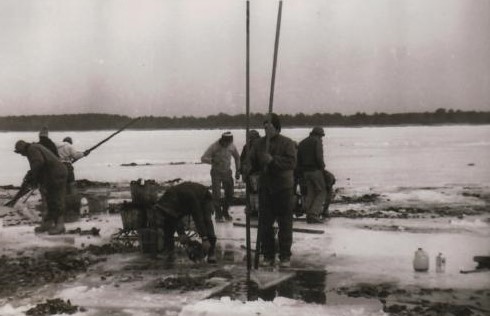 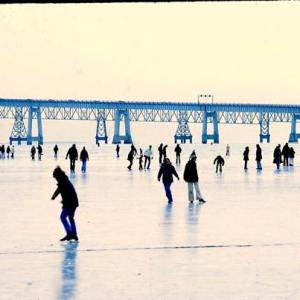 1994 started with a storm on January 2nd, lingered for a couple days, and piled up to two feet of snow in spots. Ten days later, a little more fell. A lot more came down from the 19th to the 21st, along with some sleet and freezing rain for good measure. Conditions started to really get intense on February 10th with an ice storm that coated everything in its path. Talbot and Queen Anne’s County were among the hardest hit. Trees, power lines, and telephone poles fell by the thousands. Highways became demolition derby tracks and back roads were littered with wrecks. Almost 18,000 Delmarva Power customers lost power, some for days. Thawing and melting brought more devastation. Huge chunks of ice fell from above with no warning, landing on people and property, including onto cars people happened to be driving across the Bay Bridge at the time.

A serious early season storm in November 1995 gave us our snowiest Thanksgiving ever. Little did we know the nastiness was just starting. 1996 brought four snowstorms in five weeks. When all was said and done, Delmarva got more snow that season than ever before recorded. The official figure is sixty two and a half inches. Intermittent thaws were scant relief, as they brought torrential rain and flooding. 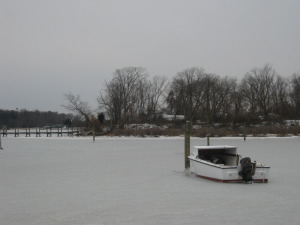 The President’s Day snowstorm of February 2003 buried our region under snow, shut down the D.C. – Baltimore metropolitan area, and by totaling all the snowfall on cities across the northeast, is one of the largest storms on record . That was also the snowiest February on record in Baltimore, with accumulations that totaled 40.5 inches. 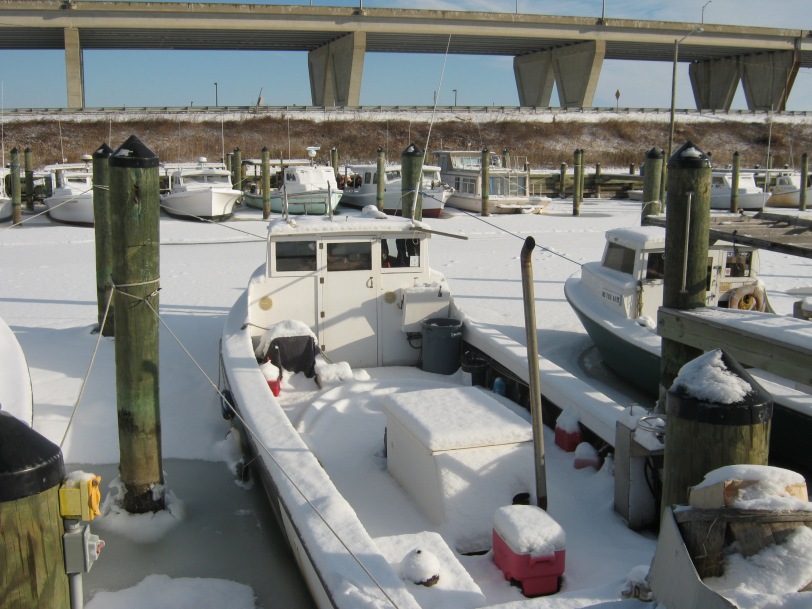 The Winter of 2009-2010 started in November with a snowstorm so serious I cancelled a party (a blasphemy and a first) and ended late in February with a little Category 3 party along the way called Snowmageddon, the second of four nor’easters that season, and the second of three major Mid-Atlantic snowstorms that occurred over a 12-day period. 2009-2010 was the snowiest winter on record for much of the Mid-Atlantic region, and at our house, we had enough frozen sausage balls to last a year.

So now here we are, back where we started. Hopefully our little trip has brought us to a place where we can remember the premise we began with.

Things could always be worse.

Now take off that funny looking hat with the ear flaps. 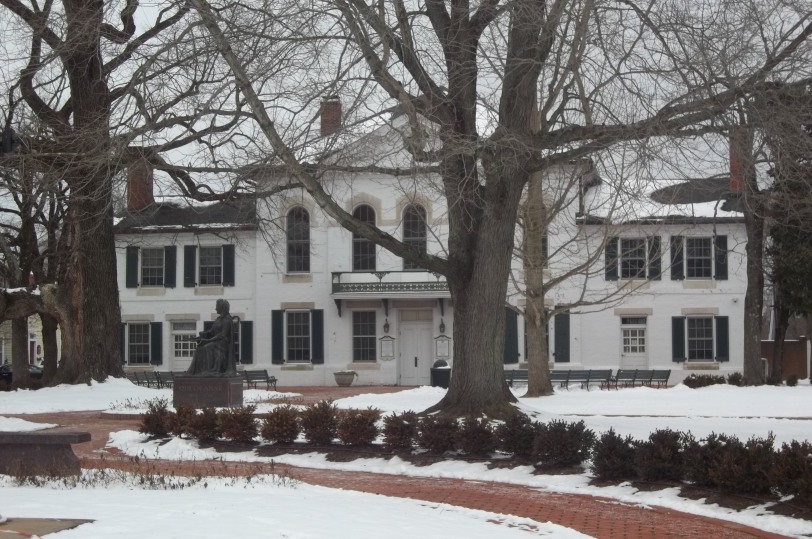 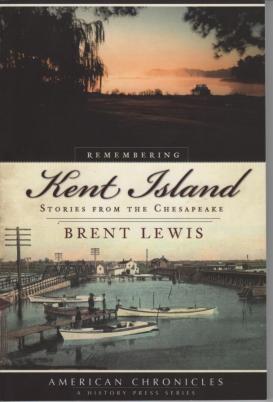 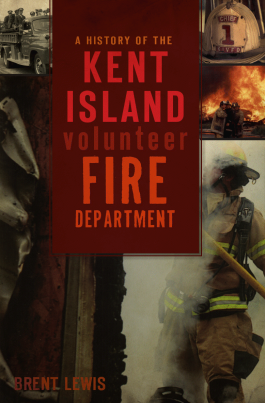 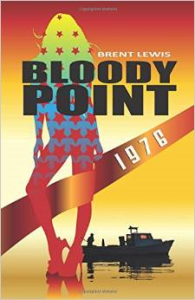 Warm up with a book. All three books by Brent Lewis are available on Amazon.com

8 thoughts on “WINTER WEATHER ON THE CHESAPEAKE BAY”