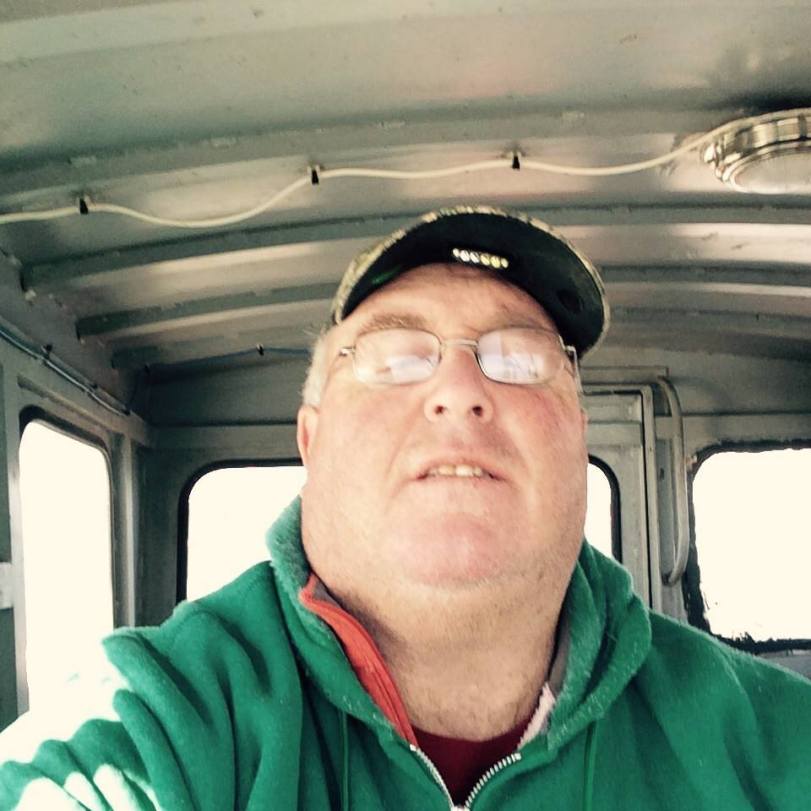 Calvert Thompson, Jr., known far and wide as Butterball, has spent his life around the water. Raised on Kent Island, his family’s businesses were working on boats and working on the Chesapeake Bay. His grandfather, Lemuel Thompson, built 85 workboats in his career, quite an achievement taking into account that many independent boat builders used to build one, maybe two boats a year.

On his nickname, Butterball says the well-known and well-respected Kent Island waterman and seafood dealer Freddie Baxter gave it to him. “I was young,” Butterball begins. “Freddie said, “He looks like a butterball” and it just stuck. My nickname before that was Buddy. My mom still calls me Buddy. So does my wife’s mother. Some people refuse to call me Butterball because they think its offensive, but to me that’s just what I’ve been called since I was probably 5 or 6 years old.”

Butterball’s first job was culling hand-tonged oysters (sorting live oysters from dead ‘boxes’, removing small growth spat, and breaking up clusters) for his father. His other mentors were local legends like Joe-Buck Baxter, Butterball’s great uncle and father of the nickname bestowing Freddie, and a man named Chester Jones, who was called ‘Gumps’.

As a kid, Butterball was once “crabbing down Hooligan’s Snooze with Gumps and some chicken-neckers (non-local crabbers) laid across his line. He said to me, “Go up there and get my lunchbox.” So I went up in the cabin and got his lunchbox and he had a .45 in there! He stared firing shots, ding, ding, ding. I was so scared I got up and sat in the cabin the rest of the day. I didn’t want to go out with him anymore. He wasn’t really shooting at them, but, you know.

“I’ve heard my father say that when Chester Jones was young they cut off his electricity and he went out with an axe and chopped the pole down. Said if he wasn’t going to have electricity nobody was.

“My dad had the fastest workboat,” Butterball continues. “Him and Vincent Conway had the two fastest around. We went to St. Michaels to a workboat race, and on the way back we broke down. Vernon was towing us with his boat. Ted Lee (renowned waterman, son of Lester Lee of Beautiful Swimmers fame, and not easily shook) was with us. There were no windows on the cabin, we’d taken them out (to increase our racing speed). No floors. Just a hand pump – a big round pipe to pump water overboard. And a storm hit. They clocked it at 93 miles an hour down Tilghman Island. (At the worst of it) our boat was going straight up and then slamming down. I was 10-12 years old. It was so bad Ted Lee put a life jacket on. I knew we were in trouble then. I was sure we were going down.

“I quit school when I was 15, and had worked on the water way before that. I was making $1800 a week (in the late 1970s). I worked sunup to sundown. Crabs sometimes run all night. They’ll bite at night, but when the sun comes up you couldn’t catch them. If I was on crabs, I’d go right through the night. When the sun came up and they fell off, I’d go on home. Ted Lee used to do the same thing. I never worked with him much, but I took advice from him because he’s one of the best. 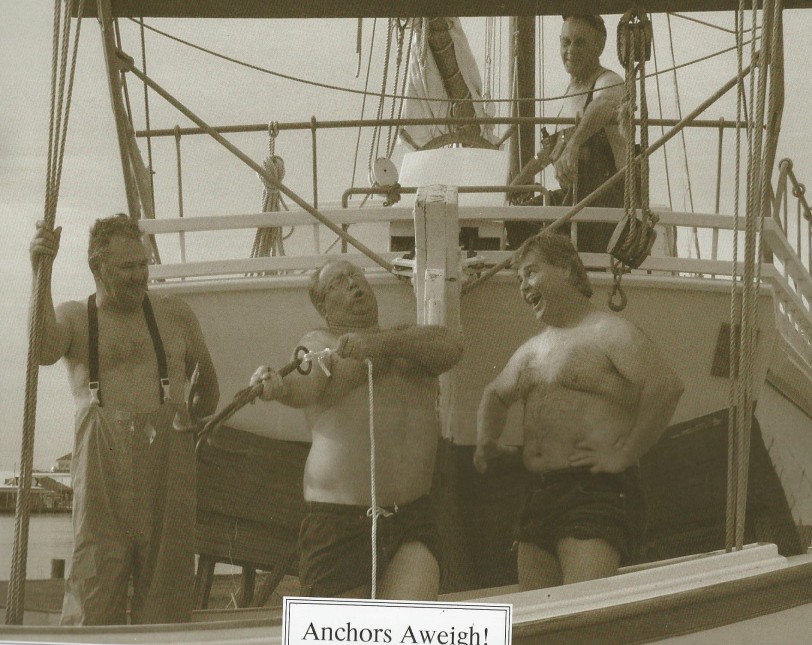 “The first boat I ever owned I bought from Leon Young, who was my uncle. That boat was probably already 75 years old then. I paid $1,000 for it. I named it Leon. It was so rickety, Leon (the uncle) put a steel rod across her to hold the sides together. This was the late 1970s. Leon (the boat) was a 38’ tuck stern deadrise. Leon had a pilot house that you had to crawl under the rod to get in the cabin. The cabin was only about so big. It wasn’t even fastened onto the boat. It was just sitting on top.”

Like every waterman worth his salt, Butterball has a number of scary weather stories. He says, “I was crabpotting with Raymond Thomas down Cape Charles, Virginia (at the mouth of the Chesapeake Bay). It’s deep there, you can’t see land in any direction. We were working when a thunderstorm came up really, really fast. You could feel the electricity. The hair on your arm stood right straight up. Lightning struck our antenna and blew it right off the boat. And as fast as (the storm) came up it was over. But that’s a long 15 minutes.”

He’d shown what he was capable early on. “When I was young, I was working down Snooze one day and my motor cut off just as I was pulling the anchor up. The alternator had gone up and I had a dead battery. I couldn’t call for help. There weren’t any cell phones, not even CB radios. I actually pulled myself (across Eastern Bay) to Little Creek. About seven and a half miles. In the dark”

Along with his great natural strength, Butterball developed knowledge and skills that gave him an edge. He practiced in the back yard for hours. And he reached a level of success nobody has yet matched.

He says, “One time in Rock Hall a sailboat was coming in through the channel and the man said, “Go ahead and throw.” I said, I have to wait for that sailboat to get through. He laughed. After the sailboat went by I threw the anchor 15’ past where the sailboat had been. He told me, “I’m glad you waited. I’ll never doubt you again.”

“A few years ago,” Butterball says as he finishes his story, “I hadn’t thrown in a long time, we were at the Watermen’s Festival in St. Michaels. My wife had gotten out of the hospital, it was our first time really out, the guys from (the TV show) Deadliest Catch were there and everything, and people wanted me to throw.”

He smiles at the encouragement he was given by friends and well-wishers. 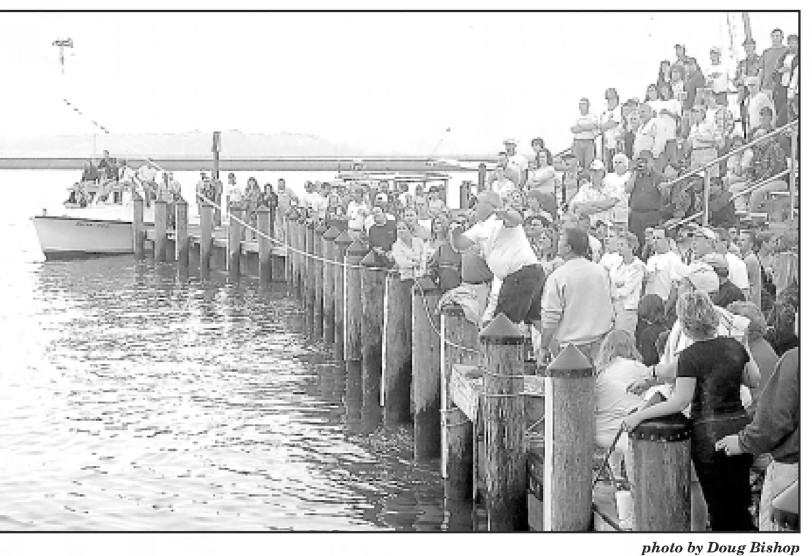 2003 Courtesy of the Bay Times and Doug Bishop

Butterball and I, along with the other participating watermen and storytellers, hope to see you at the Watermen’s Story Swap on April 20th! 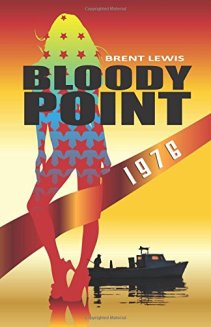