On Dec. 13, 2018, Alvin Israel Grollman, fondly known to one and all as Baby or Babe, died peacefully at home, surrounded by his beloved daughters. He was 93 years old.

Born May 5, 1922 on Kent Island, Baby Grollman was the sixth and youngest child born to Henry and Lena Grollman. He is predeceased by his siblings, Abraham, who died before Baby was born, along with Eleanor, Sylvan, Julius, and Solomon.

Baby’s parents were 19th century emigrant orthodox Jews from Lithuania and Russian, respectively.  Merchants, first by mule cart (my great aunts Myrtle and Lydia Coleman remembered babysitting the firstborn Grollman siblings while their father traveled the area and plied his wares), Henry and Lena worked hard to achieve their American Dream. They purchased a property in Stevensville to open a store, and a few years later, in 1915, they bought a 167-acre farm on the Chester River near Love Point. “Everybody around really loved my father,” Baby would say. “They thought he was something.”

Born in the family home over the store, Baby was raised in town, and when asked about his earliest memories, he once told me: “I was bad, mischievous. I was spoiled! I would go in the different stores in Stevensville and get people to give me pennies. I used to drive Addison Frampton crazy. I was 4, 5, 6 years old. My mother would say I’m not going to whip you, you’re gonna get your knocks outside.”

Interviewed in 2015 by Colby Florkewicz for her Bat-Mitzvah project, Baby talked about growing up Jewish on the rural Eastern Shore of the early 20th century. He said that religion was never an issue and people didn’t care what faith one followed. “They had respect for each other,” he said. Before Easton’s Temple B’nai Israel was built and dedicated in 1951, the Grollmans would close their store for the Sabbath and sacred holidays and take a steamboat to Baltimore, where they would worship with family.

“Mr. Grollman never was interested in working in the family store,” Colby wrote. “He has worked on the farm all of his life, except for a job at an Acme market for a brief time when he was 17 years old.”

There was a tenant farmer who worked the farm with his dad back then. They grew tomatoes and sugar corn for Friel’s Cannery in Queenstown. “My father also had a flourishing livestock business,” Baby told his daughter Rose Spik in a 2005 Bay Times newspaper interview. “We had a dairy, too, and at one point we were milking about 75-80 head of cows.”

Baby graduated from Stevensville High School in 1942. His brothers were all drafted at the start of World War II, “Sol was first soldier to leave the Eastern Shore,” leaving their mother “very anxious and very lonely.” Baby left his studies at the University of Maryland to be there for his parents and to help on farm, and he was spared the draft by his his agricultural status.  His brothers all returned home relatively unscathed.

After the war, Baby met Irene Lustman, a nurse from Baltimore, through family and friends. It was love at first sight. “We got engaged. We were supposed to get married in December,” he told me. “but we got married in August instead. I’d kid her that she couldn’t wait to get a hold of me.”

Waxing nostalgic about the old days, Baby said, “Before the Bay Bridge (1952) there were a hundred productive farms on Kent Island – cattle, sheep, hogs, poultry, we were all self-sufficient.  Everybody was close then, you treated people like family.” In the Bay Times interview with his daughter Rose, Baby said, “There was a group of us and we would all help – myself, Claude Lowery, Wendell Shawn, Oliver Legg, Carville Tolson, and Buck Snyder. Everyone pitched in and helped everyone else. And if anyone needed any extra help with anything we could always call one another.”

One time the Kent Island Volunteer Fire Department carnival raffled airplane rides and “I bought a winning ticket. We circled Kent Island. Wheat piled in the fields for thrashing looked like sand piles. People looked like ants. There weren’t many cars at all.”

Baby sold the sold the dairy cows in the early seventies and concentrated on buying and selling cattle and growing soybeans and corn.  When he spoke about cattle ranching,” Colby Florkewicz noted, “he had a gleam in his eye. He attributes his longevity and good health to working outdoors his whole life and doing what he loves to do.”

Baby also always enjoyed a good game of poker. “Were you a winner?” I once asked him. “Hell, no,” he answered. “But there’s nothing like it. You don’t get hungry or think about anything else. You might take a little sip of water.  It’s a fascinating game.”

He was a loyal Baltimore Orioles fan, although, according to his obituary, he was “sorely disappointed by their last two seasons and was glad when Buck Showalter was fired.”

He loved a good not-too-dirty joke.

I tried to have one ready every time I saw him.

Upon Baby’s passing, it was noted by his family that, “his Jewish faith guided him through the joys and sadness of his life, and he could be found every Friday evening and Saturday morning at his kitchen table with his prayer book quietly reading and studying.” Colby Florkewicz wrote: “Mr. Grollman’s advice to me as a young Jewish person was to always keep my Jewishness and always be proud of being Jewish.”

Baby and Irene kept a strictly kosher home. “We all did,” he said. “That way our mother and father could come over and eat.”  Up to, and including, this most recent Passover, the Grollmans continued to host Seder at Baby’s home every year with their close extended family, and he would say with emotion that it was a tradition “we’ve carried on since my parents began it (in this country) over 100 years ago.” 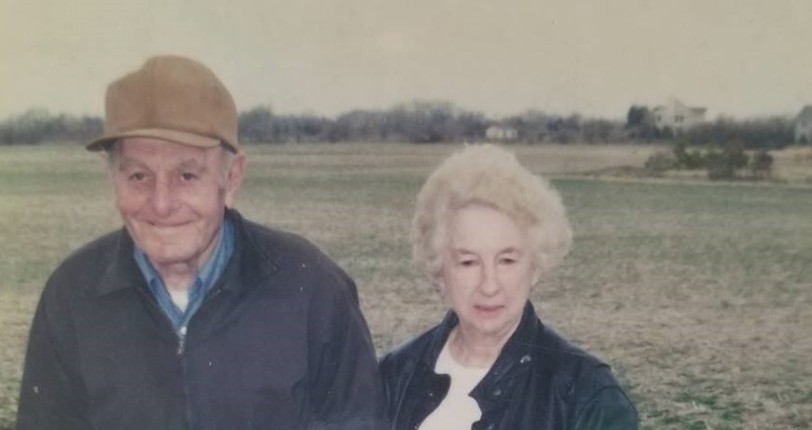 He missed her terribly for 14 years.

As of this past Thursday, the pain of that loss is for others to bear.

Farming  is not for the finicky, the easily discouraged, or the faint of heart.

A great deal of effort, risk, and perhaps above all else, belief, is required to follow that path, that calling.

Farming is a realized act of faith.

Farming is also the soil from which Judaism was seeded.

In honor of Jewish farmers, Chabad.org says: “Therein lies the specialty of the faith of the farmer. The farmer’s contact is with the densest, most opaque part of the veil. He is slave to the weather, the contours of the land, the chemistry of the soil; he contends with nature in its rawest, most obstinate, most dictatorial incarnation. So when the farmer recognizes and acts upon the truth that it is the Vivifier of the World who answers his toil with sustenance, this represents the ultimate triumph of faith, the ultimate penetration of spiritual vision through the material haze.”

Of the many things Alvin ‘Baby’ Grollman loved and was proud of, his family, his friendships, his faith, one of things he treasured most was being a farmer. 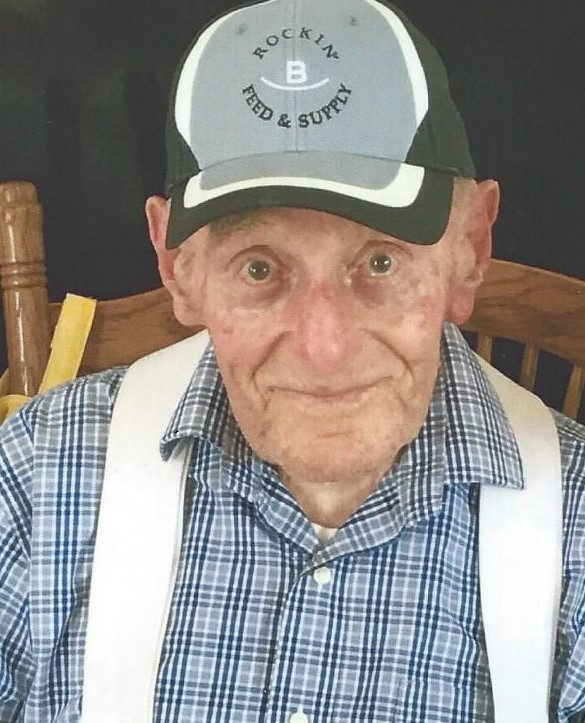 Photos courtesy of the Grollman family